"Every day, you're up and down"; Danny Fenster describes his time in jail

Danny Fenster spent more than five months in a Myanmar jail cell before he was convicted and sentenced to 11 years of hard labor. Now, safely in the U.S., he gave some of his first remarks about his time incarcerated.

NEW YORK CITY - The first thing Danny Fenster is going to do when he gets home? "Get a shave and a haircut."

That's what he told reporters after walking into a hotel near JFK Airport in New York City, one of the final steps before coming home after months locked up in Myanmar.

"I still gotta get ahold of my family at Frontier Myanmar, we still got a lot of work to do," he added. "It's been a long time coming, a moment I've been imagining so intensely for so long. It's surpassing everything I could have imagined."

Fenster was alongside his family in New York City after landing at JFK Airport Tuesday morning. Also there was Bill Richardson, the man who successfully negotiated Fenster's freedom. 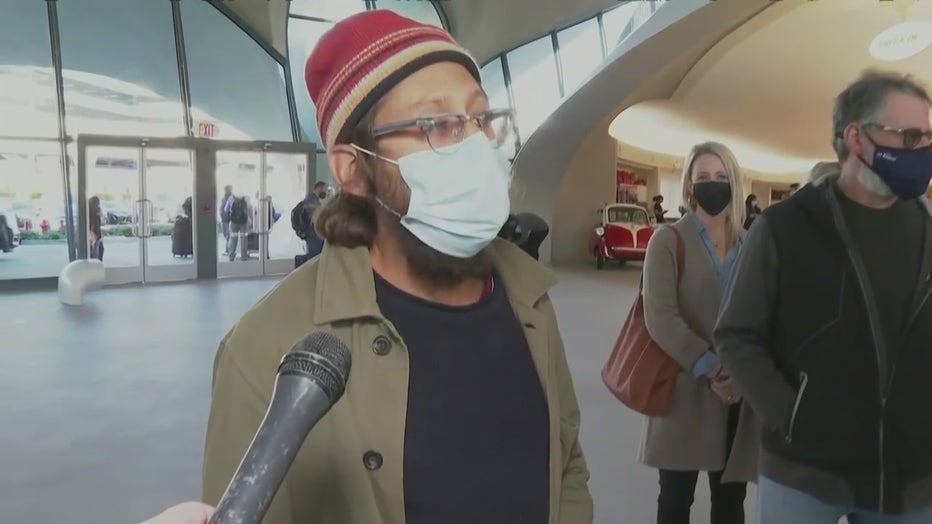 Richardson said that he met with the leader of Myanmar four times - two informal meetings and two formal meetings. It was part of a "humanitarian gesture" as his team brought public health aid and COVID-19 vaccines to the country.

But in Michigan, in Fenster's hometown of Huntington Woods, the sign read "Welcome Home Danny."

It's been a busy couple of days for the Michigan-native and foreign journalist after he was sentenced to 11 years hard labor, then freed days later.

In his first conversation with the media since his freedom, he said he was doing alright.

"I'm feeling alright physically, it's just the same privations that come with any form of incarceration, you just go a little stir crazy," Fenster said from the tarmac in Qatar. "The longer it drags on, the more worried you are it's never going to end."

"Happy to be on my way home. I'm incredibly thankful for everything Bill has done. Everything this foundation has done," said Fenster.

Richardson, a former U.S. diplomat that had negotiated for Fenster's release had acted separately from the U.S. government amid concerns that if the country had directly engaged with hostage negotiations with the military - the current force controlling the country - it would be recognizing it as a legitimate governing body.

The past couple of years have seen turmoil for Myanmar, which fell under the control of the military following the rule of a democratically-elected leader.

It was in this climate that Fenster worked as the managing editor for the online magazine Frontier Myanmar. He was originally sentenced last week after charges of spreading false information and contacting illegal organizations.

Danny Fenster first spoke to reporters in Qatar after he was released from Myanmar custody. The freedom came despite being sentenced to 11 years of hard labor. The Michigan-native is expected to return home to Huntington Woods in the coming days.

But on Monday, a surprise arrived when Fenster was freed. The details behind the release have not been released.