19-year-old charged with killing his Lyft driver in Pontiac

The passenger, 19-year-old Kemarrie Phillips, is charged with open murder. Police say he shot his driver, 49-year-old Dina May Terrell - a breast cancer survivor - in the head.

PONTIAC, Mich. (FOX2) - The suspect in the fatal shooting of a Lyft driver found inside her vehicle by the person police says she was giving a ride, has been charged.

The passenger, 19-year-old Kemarrie Phillips, is charged with open murder. Police say he shot his driver, 49-year-old Dina May Terrell - a breast cancer survivor - in the head.

"It's senseless and now two lives are ruined and two families are ruined," said Kevin Weathers, a friend of Terrell.

Phillips, from Pontiac, was denied bond and will stay in jail after allegedly shooting May fatally at 5 a.m Friday.

She was apparently taking him from the Walmart in Auburn Hills to Pontiac, not far from the final destination where she was found murdered at the corner of Putnam and Rundell.

Oakland County Sheriff's Deputies - using the victim's phone, and route, led them to where Phillips lives, they said.

"I saw a Lyft driver got shot and I thought oh my God, that's terrible," said Weathers. "And then later in the day come to find out, it was someone I knew closely and personally. It really shocked me and hurt me badly."

Weathers is a co-worker and close friend of Dina Terrell who lived in Eastpointe.

Her family says they don't understand the motive. Terrell's purse and jewelry were left untouched - a robbery was not it. And he has no prior criminal charges.

They want her remembered as a cancer survivor, beloved mother, grandmother and friend.

"It just shows you how something, someone you know personally, can be gone any moment by something so senseless," Weathers said. 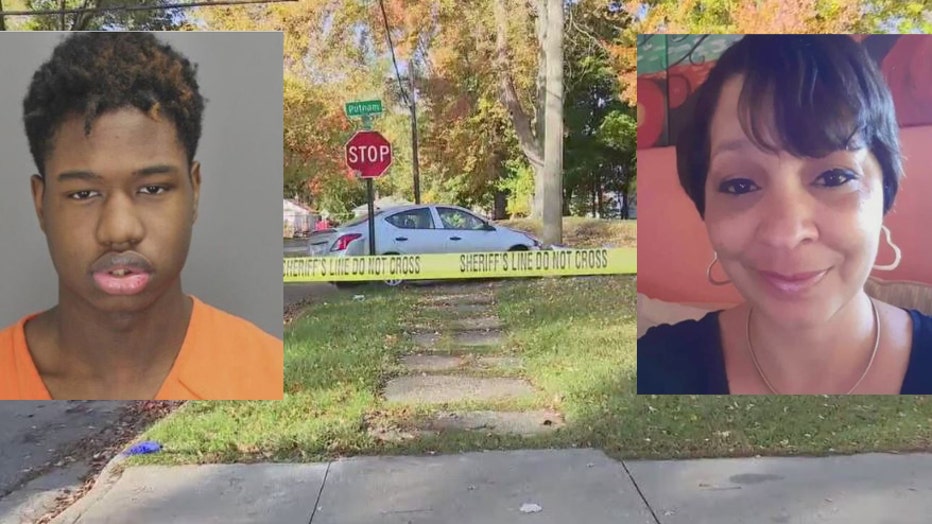