ROMULUS, Mich. (FOX 2) - A Facebook post about a young woman's scary experience during a Lyft ride is getting a lot of attention online, but the driver at the center of it says she got it all wrong. He says his small gesture of kindness got completely blown out of proportion.

Driving for Lyft is a retirement gig for William Thomas. He's been doing it for three years.

A metro Detroit man is trying to clear his name as a Lyft driver after a rider shared a warning on Facebook with his photo and license plate not to accept a ride from him.

The once cross country bus driver and civil rights activist from Selma, Alabama has a motto: "When I can help one person my day is not in vain."

It's that giving spirit that spiraled into a warning on Facebook with a post that's been shared hundreds of times now.

"My face is plastered everywhere, all the way down in Florida," he said.

Friday morning he picked up a female passenger from Amazon in Romulus, Mich.

"I said how you doing because I ask that to everyone. She said, 'I'm sick.'"

William, getting over a cold himself, offered her some peppermint oil. He and his wife are big into essential oils after her brain aneurysm three years ago.

"I put it on [a tissue] and I said, 'All you got to do is [sniff] and pass it over your nose and it will help you breathe.'"

William had no idea she was taking a picture for a warning post later on, and that she was scared for her life. 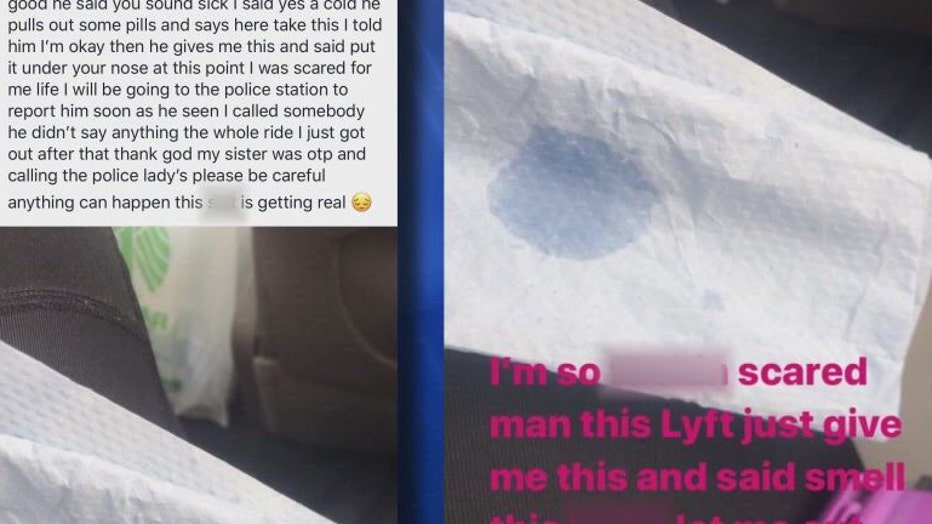 "All three of my sisters called my crying carrying on, 'Your picture is all over Facebook.' I said for what? What did I do?"

It's spreading in neighborhood groups, too, some with more than 100,000 followers. 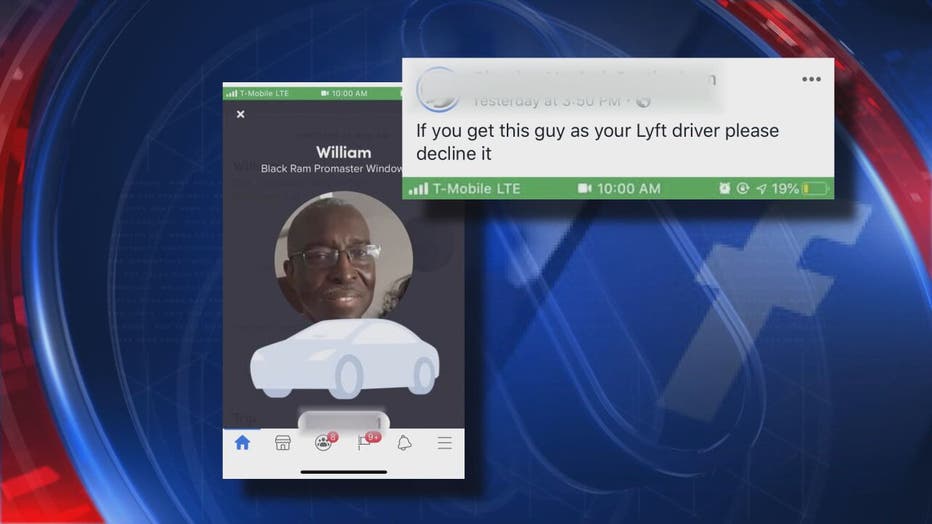 FOX 2 reached out to and spoke with the passenger who made the post, who told us she does not have any intention of taking the original post down. She said at that moment she was passed the tissue, she felt threatened and was genuinely scared.

The passenger also contacted Lyft to try and open an investigation but said Lyft wasn't planning on doing so. The passenger has not contacted police about what happened.

William insists he was just trying to help. He wants to clear his name and he's worried the public shaming will affect his job. Even if the passenger did take the post down, it likely wouldn't make a difference because of how much it's already spread.

"I can't believe you try to help people and they stab you in the back like this."