Someone driving by made the 911 call around 6:30 this morning reporting flames coming from the roof of the building which was closed at the time.

Police say Pontiac Trail has been shut down for the time being, while officials say the restaurant is a complete loss.

There are no reported injuries at this time at the restaurant, located on Pontiac Trail at the border of Lyon Township and South Lyon.

The Oakland County fire inspector will be out later today to investigate the cause of the fire. Seven hours after the initial fire was put out, the structure caught fire again. 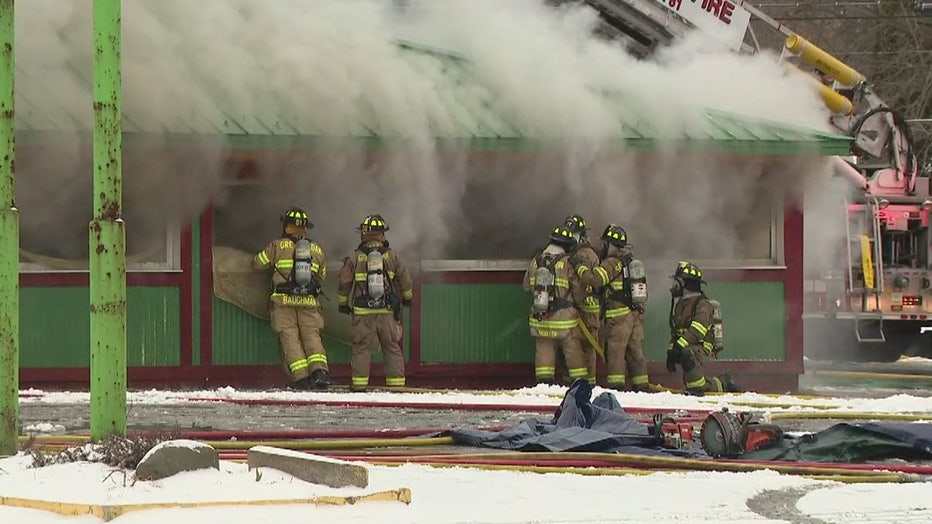 The scene outside the popular Lyon Cantina this morning.