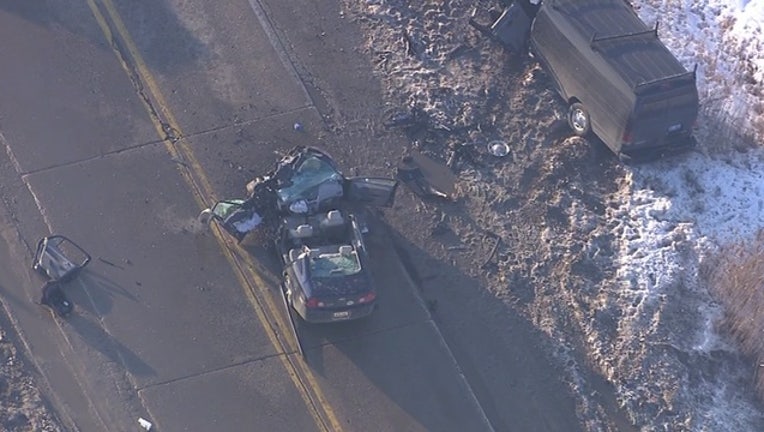 M59 was closed around 4:30 following the crash that involves at least two cars.

Images from the scene show on car that had the roof of its sheared off and a van that appears to have significant front end damage.

According to police, a woman was driving the car that had its roof torn off. She was taken to a local hospital and is in critical condition. The driver of the van, a man, was taken to the hospital with serious injuries.

The details surrounding the crash are unknown.