Officers arrived to find a Dodge Ram truck fully engulfed in flames and a commercial vehicle had collided in the intersection Tuesday night.

SHELBY TWP., Mich. (FOX 2) - A father and daughter are dead after a fiery crash at an intersection between a commercial truck and a Dodge Ram pickup truck at Van Dyke and 21 Mile Tuesday night. 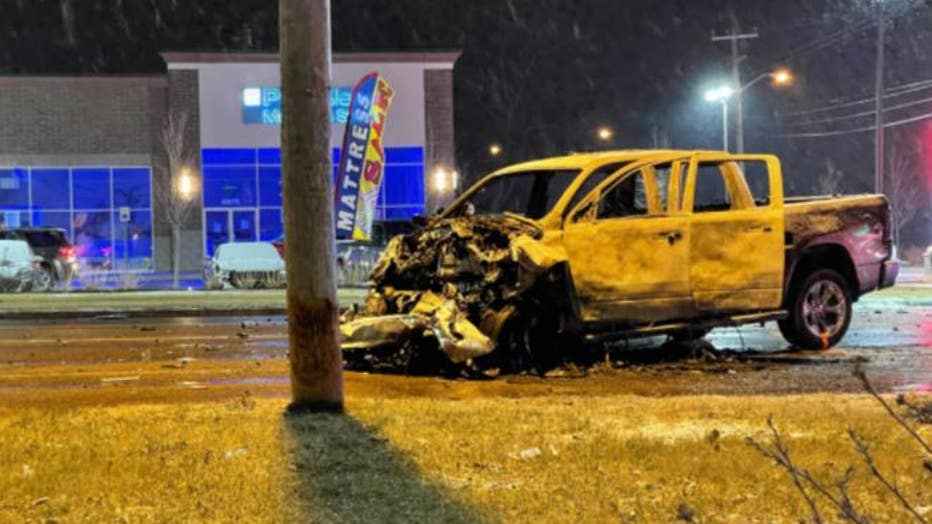 The Macomb Township man's truck was fully engulfed in flames according to police when they arrived.

The second child is being treated for serious injuries, police say.

According to investigators, the Dodge Ram truck was northbound Van Dyke, turning left onto 21 Mile. The commercial truck was southbound Van Dyke traveling through the intersection at 21 Mile.

Detectives interviewed the commercial truck driver at the scene and he was released pending the outcome of the investigation which is ongoing.

Anyone in the area that may have witnessed the crash is asked to contact the Traffic Services Bureau Sergeant Joseph Wojcik at 586-731-2121 ext. 455