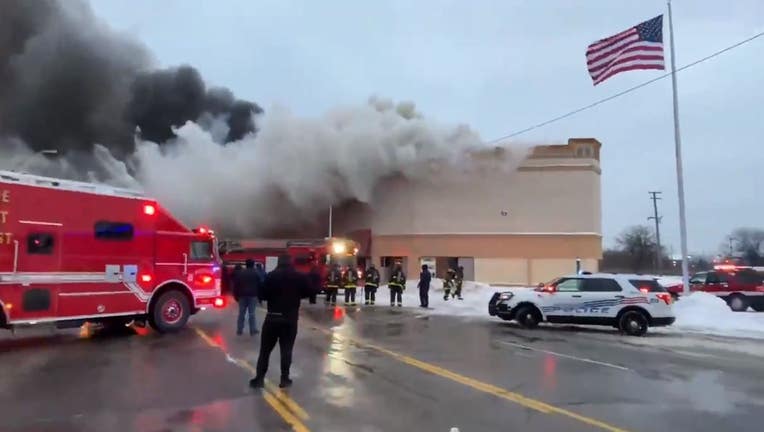 DETROIT - A major fire has broken out at an abandoned building on Grand River in Detroit, injuring one person.

Smoke could be seen billowing out of the front and top of the structure as heavy winds whipped a fire around the side of it.

A staging area of the fire was set up on Grand River and Lothrop was established around 7 a.m. after reports of a fire catching at the building.

While several fire trucks and dozens of Detroit firefighters had surrounded the building, located at 7401 Grand River, climbing wind speeds that had expected to drop temperatures for much of the weekend was also playing a factor.

So far, one person was taken to a hospital with smoke inhalation being a factor.

The building is believed to be abandoned, having housed businesses in the past.