DETROIT - UPDATE: Detroit Police have released new information to this story since it was first reported this morning.

Detroit Police are investigating a tragic crash that killed a man and a 4-year-old boy in another vehicle.

Law enforcement originally arrested the woman, a 29-year-old, and took her to the hospital allegedly being under the influence. However, police now clarify that the male driver was at fault, not the female. She has since been released from custody.

The cars involved were a white Nissan Sentra, which was driven by a woman, and a red Chevy Impala, driven by the now-deceased man.

The crash happened on Seven Mile Road near Faust, just west of the Southfield Freeway.

Police said the man died in the crash and the woman's young child was taken to a local hospital, where he also died.

Shortly after the crash, a passerby went to the site and pulled the boy from his car seat after observing smoke from the car and worried it may catch fire. They also said the female driver of the white car was his mom.

Both cars sustained heavy damage to the front and sides of the vehicles. The white sedan was off the road following the crash. 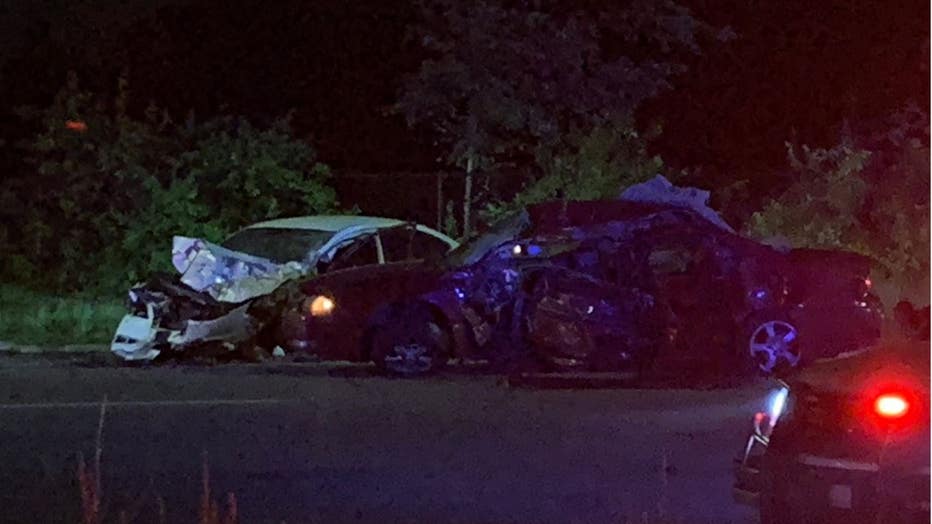 The cars were towed around 4 a.m. and a medical examiner for the county was also onsite. Police plan to review footage from nearby green light cameras.

It's unclear if alcohol is still believed to have been a factor in the crash.

A gofundme for the man who died has been setup.