DETROIT (FOX 2) - A man is accused of a violent rampage in Detroit where h allegedly killed his girlfriend and shot her niece three times in the head. That was a year ago. The niece survived but the suspect is still on the run.

23-year-old Kiera Autrey doesn't really remember what happened that night. But she does remember bits and pieces.

A Detroit man has been on the run for more than a year and a half after police said he shot and killed his girlfriend and also shot her niece. She survived - but the Lenell Kirby is still on the run.

Was it burning jealousy, desperation, fear of losing the woman he loved that drove 30-year-old Lenell James Kirby to kill? Whatever the reason for killing 28-year-old Tyiela Autrey, it wasn't good enough.

"Who shoots two women in the head? Killing one?" said deputy U.S. Marshal Aaron Garcia. "It's disgusting. This guy's a violent, violent individual."

Kirby and Autrey were at a birthday party on June 3, 2018. But around 3 the next morning, the couple were heard drunkenly arguing in the driveway. They returned to Tyiela's home where her niece was sleeping. Kiera said she heard fighting.

Tyiela's family says the young woman had been planning to end the roughly three-month relationship.

"He did start moving his stuff in slowly and she didn't want that," her sister Lynecia said.

Her family said Lenell was controlling and always wanted things his way. They said she decided she was going to leave that morning and he got angrier by the second.

"He said I'll shoot y'all and he went outside to get a gun," Lynecia said.

Kiera said she discovered Lenell beating and throwing aunt around her bedroom and she intervened. That's when Kiera says he pulled out a gun and shot her in the forehead. Kiera blacked out and woke up to find her aunt lying next to her. She'd been shot in the eye. 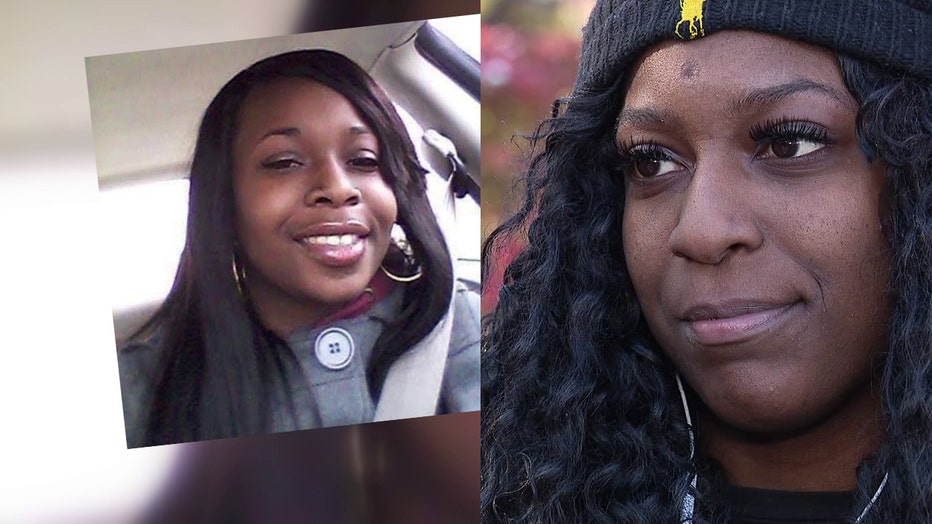 While still on the phone with police, Kiera was able to get up, walked out to the front lawn, and then collapse on the grass. That's when she says Lenell shot her two more times in the face.

Kiera, an army veteran, somehow pulled through but she lives with a bullet lodged in her neck.

"It's unbelievable. The courage, the desire to live… You get shot point-blank in the forehead," said Garcia.

Kirby drove off in a black Chevy Equinox with Detroit Police following. But they were forced to call off the chase and Kirby has been on the run ever since.

Now Crimestoppers is offering a $2,500 reward to help find him.

"We know there are people out there helping him who know where he's at," Garcia said.

"I want you to know Lenell Kirby, we're not afraid of you," Lynecia said.

"You're a coward. you're not a man at all. Pure coward," Kiera said.