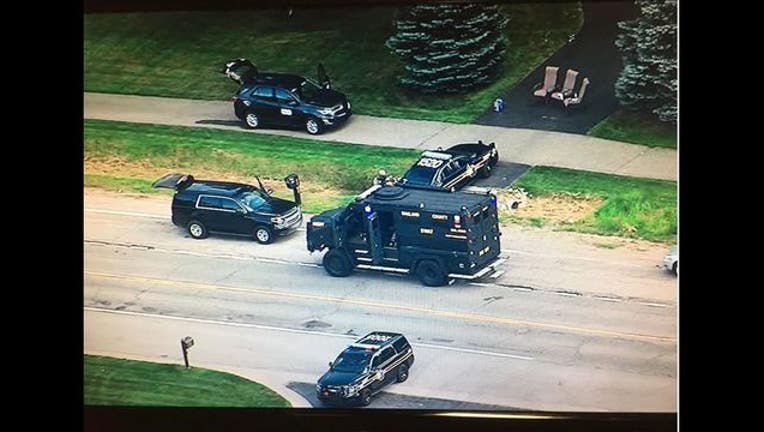 LAKE ORION, Mich. (WJBK) - WEB UPDATE (10:45 p.m.): Police say an intoxicated man armed with a shotgun threatened suicide during a domestic situation. He had made threats to shoot police if they came to stop him.

At one point during the standoff, he fired a shot but no one was hurt. His girlfriend fled the house while officers secured the area. The man was eventually arrested without incident with the help of SWAT negotiators.

Silverbell is cordoned off near Lapeer and Squirrel roads according to footage from, SkyFOX. Police have not released details yet on the nature of the incident.

One person has been arrested at the scene.

Drivers are advised to avoid the area if possible.