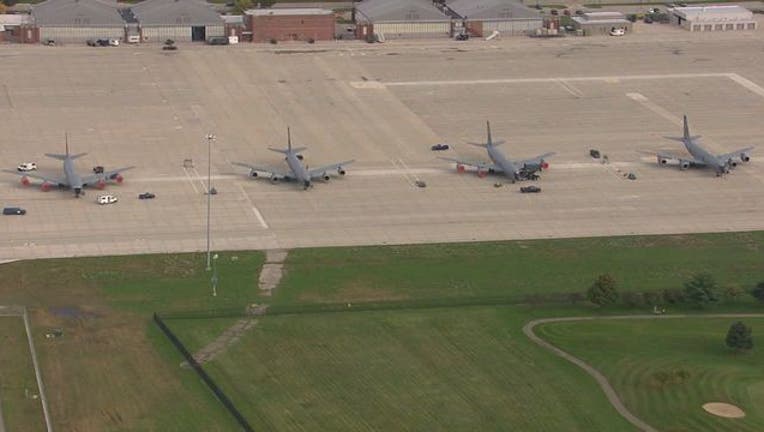 HARRISON TOWNSHIP, Mich. (FOX 2) - A Harrison Township man has been arrested after threats were made to Selfridge Air National Guard Base.

Michigan State Police say they were informed on Dec. 16, 2018 that someone made threats to "shoot up" the base and personnel there.

Police say their investigation revealed the threats are alleged to have come from a man who worked at the base until recently. The motive behind the threats is currently unknown.

MSP executed a search warrant at the man's house and found more than 70 firearms and hundreds of rounds of ammunition.

The suspect has been charged by the Macomb County Prosecutor's Office with one count of false report or threat of terrorism (20-year felony). He's expected to be arraigned Tuesday afternoon.