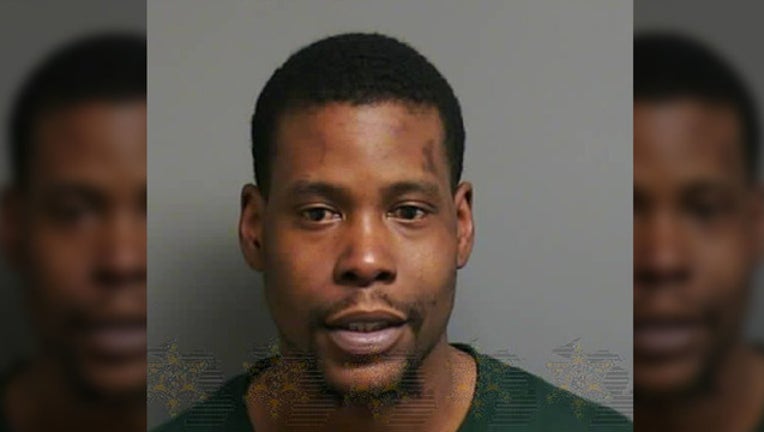 Douglas Pearson, 29, was charged with multiple felonies in connection to the attempted rape of a jogger at a high school track in Clinton Twp. last September.

CLINTON TWP, Mich. (FOX 2) - The Macomb County Prosecutor's Office said Tuesday that a 29-year-old man was arrested for attacking and trying rape a woman who was jogging at a Clinton Township high school track.

Prosecutor Eric Smith said charges were authorized Monday against Douglas Pearson for two two counts of criminal sexual conduct second degree (both are 15 year felonies), one count of assault with intent to commit sexual penetration (a 10 year felony), and interfering with a crime report (a one-year misdemeanor).

According to police, a 34-year-old woman was running on the track at Chippewa Valley High School around 8:30 on the morning of Sunday, September 2. That's when police said Pearson chased her down and violently attacked her.

The woman was able to escape and call 911.

The suspect ran off with the victim's phone and drove off in an older Ford Escape.

Clinton Township police sent DNA obtained at the scene to the Michigan Crime Lab where it was analyzed and used to identify Pearson as the suspect.

"Our police worked diligently on this heinous crime, and were able to obtain the evidence necessary to present to the Prosecutor's Office to secure a felony warrant," said Clinton Township Police Chief Fred Posavetz.

Smith called the attack truly horrific and said it was extremely disconcerting to carry out the unspeakable act.

"The citizens of Macomb County can rest easier with this defendant off the streets. Meanwhile, we will seek a higher bond at the next court hearing to ensure this Defendant remains incarcerated for the foreseeable future," Smith said.