22-year-old Abigail Saldaña was shot and killed just a few weeks after she told her mother she found a tracking device on her car and that she thought someone was following her. Police confirm the reported tracking device is part of the investigation.

FORT WORTH, Texas - A suspect was arrested Thursday for this week's murder of a Dallas woman who may have been stalked.

Abigail Saldaña, 22, was found with fatal gunshot wounds in her car after it crashed into a sign on Amon Carter Boulevard at Highway 183 in Fort Worth.

Saldaña was shot and killed just a few weeks after she told her mother she found a tracking device on her car and that she thought someone was following her.

Police made an arrest Thursday, but it’s unclear whether or not he knew Saldaña.

Saldaña’s death comes just weeks after her mother Jessica Contreras says she posted a video on Instagram about a tracking device she found underneath her car.

"I had told her to go to the police and report it. I believe that she did report that," Contreras said. 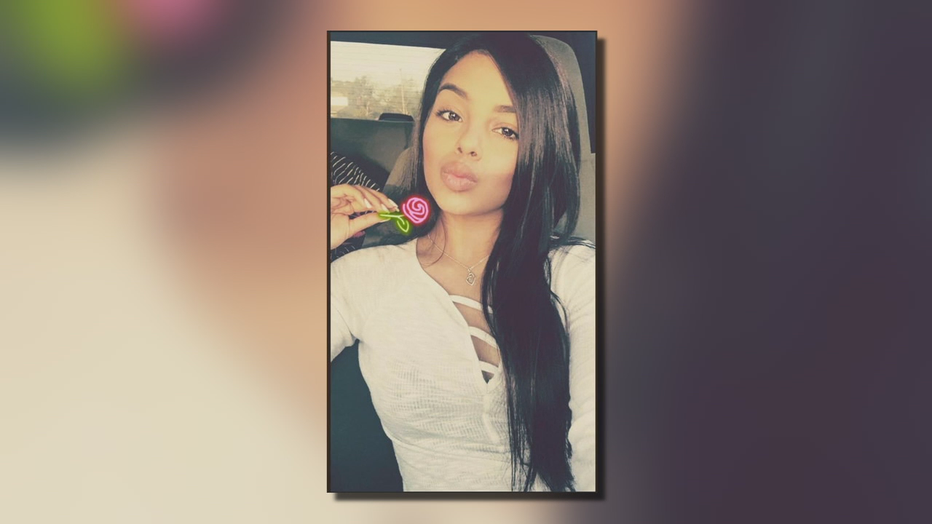 Fort Worth police confirm the reported tracking device is part of the investigation. They arrested 54-year-old Stanley Frank Szeliga on Thursday and charged him with her murder.

"I don't know the connection between those two, but apparently he had been following her," Contreras said.

Contreras says at some point Saldaña had taken photos of Szeliga’s vehicle and sent them to a friend after she found the tracking device.

Records show Szeliga has a recent address in Irving and a prior criminal history in California that includes domestic violence. Police have not yet said what evidence led them to him.

Originally from Wichita Falls, the single mother of a 5-year-old boy moved to Dallas about two years ago. Saldaña worked two jobs styling eyebrows and at a bar. Her mother says at least one of those jobs was somewhere in Fort Worth.

"Abby was the middle child," Contreras said. "She was my only girl."

Contreras told FOX Saldaña had recently paid off her car and was just happy to be able to financially support her son.

"He took away a mother, a daughter, beautiful, strong, bright person," she said. "And there will be justice on that. I won't stop. I’ll see him in court."

Anyone who was driving near 183 and Amon Carter Blvd. around 8 p.m. on Tuesday night is asked to call Fort Worth police.