DETROIT (FOX 2) - About 183 days after 20-year-old Brandy Nelson was last seen, the man she was living with - and father of her child - has been charged with her murder.

Juma Reeves appeared in court from jail, entering a not guilty plea in connection with the death of Nelson. The 46-year-old is charged with first-degree murder and tampering with evidence, dating back to her disappearance.

About 183 days after 20-year-old Brandy Nelson was last seen, the man she was living with - and father of her child - has been charged with her murder.

She was last seen on Drexel Street near Chandler Park on Detroit’s east side. What happened in that time is apparently a lengthy story.

"This is a long investigator's report, just give me a moment," the judge said today.

Brandy Nelson was reported missing on February 16th.  Two weeks later during a search party organized by her cousin, her body was found in a garage next door to where she and Reeves were living.

Shortly after the discovery, Nelson’s cousin spoke with FOX 2.

The cause of death was multiple blunt force trauma. She was found on March 2. It would be months before the suspect would be captured.

The house where they once lived along with their baby girl is now boarded up and for sale. But a neighbor said the suspect was at the house just last month - she called the police but he left before they arrived.

She was beyond relieved to learn of his arrest on Wednesday.

"The charges are first-degree murder premeditated," said the judge. "There is also a charge of tampering with evidence. That indicates that I need to be concerned about flight."

In court, we learned of Reeves' criminal past which includes a prior murder conviction. In 1996 he pleaded guilty to setting a vacant house on fire in Detroit. A firefighter died attempting to put it out. 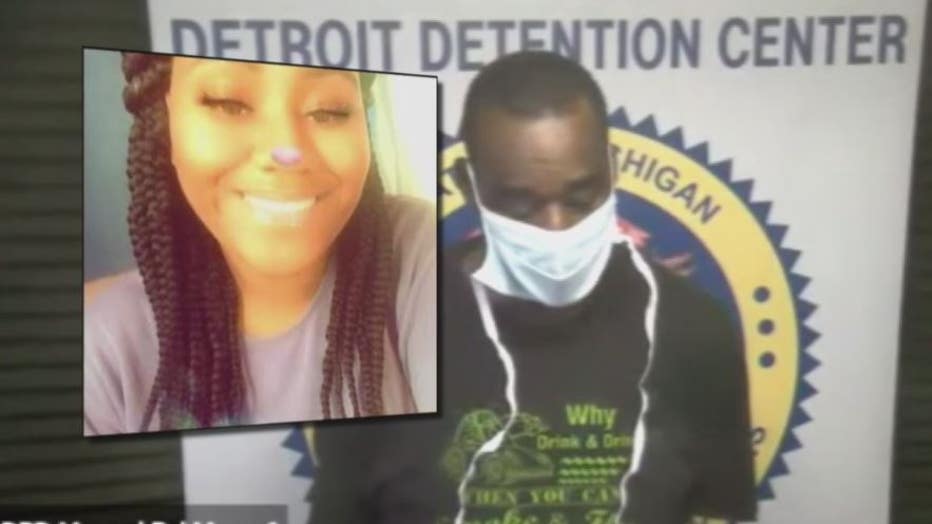 "I’m going to remand the defendant for that reason because I do believe there is a danger to the community here," the judge said.

Juma Reeves will stay in jail at least until the end of the month. He has a hearing where it is likely we will learn more about the long investigation that led to his arrest.