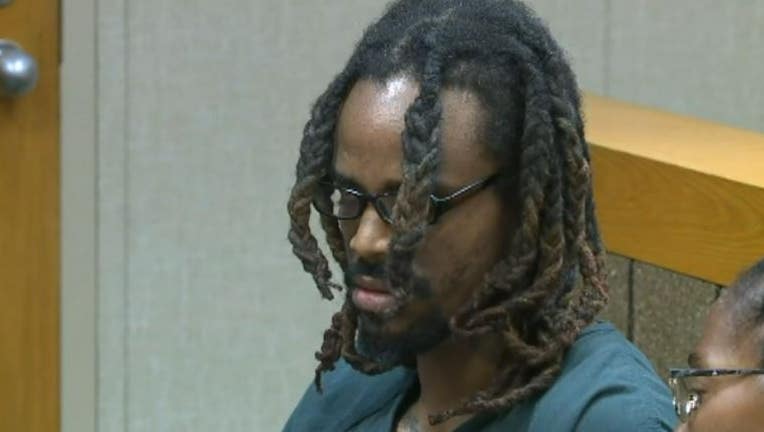 REDFORD., Mich. (FOX 2) - A man accused alongside his girlfriend of beating her 5-year-old daughter to death in a Redford motel will go to trial after a hearing in Wayne County Court on Tuesday.

Prosecutors say 30-year-old Michael Lewis and 26-year-old mother Steffani Jones are charged with felony murder, second-degree murder and two counts of first-degree child abuse in the death of her 5-year-old daughter and beating of her 3-year-old son at the Inn America on Telegraph, north of I-96.

Lewis is in court for the hearing now. Watch live here

Redford Police Officer Seth Ramirez was one of the first police officers to arrive at the motel. He testified that he checked for a pulse on the child but could not find one while another officer gave her chest compressions. Additionally, he testified that the little girl was only in her underwear when he arrived.

Ramirez said that he spoke with Lewis at the motel. He said Lewis told him that the little girl complained of having trouble breathing so Lewis called the girl's mother. He said that Lewis was running back and forth from the room to the office, trying to get help for the girl.

Detective Dan Bailey testified next, saying that the girl's younger brother had evidence of abuse.

"(The boy) did not have a shirt on. (There were) different colored bruisings and marks on his body. To me, it looked like he was struck several different times," Det. Bailey said.

The younger child was transferred to the hospital and Child Protective Services was called.

Detective Bailey testified that Lewis was advised of his rights and gave part of a written statement after more than an hour of questioning at the police department. Lewis' attorney argues that he cannot read well and that Det. Bailey didn't do enough to make sure Lewis' constitutional rights were protected.

The victim's younger brother was admitted to the hospital as well and was noted to have bruises and scars on his body.

After witness testimony and back-and-forth between the two attorneys, the judge ruled Lewis would be bound over on first-degree murder, second-degree murder, and two child abuse charges against the children.

On June 25, emergency crews responded to a call about a girl who wasn't breathing, who later died at Beaumont Farmington Hills. Police say they found bruises on her back, legs and head, as well as external vaginal tearing.

The 3-year-old was taken to Detroit Children's Hospital of Michigan by Child Protective Services, where he was found to have multiple bruises, swelling lacerations and a contusion to his liver, a distended abdomen, and anemia.

During Jones' day in court back in June, police said Lewis told them that the girl said she felt sick that morning, so he went to the motel's office for help. When he came back, she was laying on the bed - and suffered the swollen eye from falling after he picked her up out of bed. Officials say he told them the boy was injured when he was playing on a slide at the park. 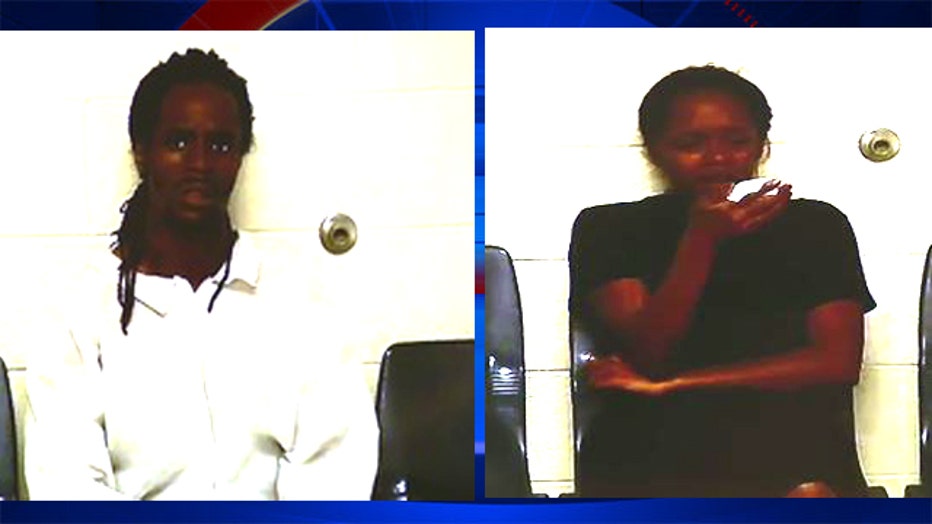 Police said Jones told them she and Lewis have been together 1-2 years and have domestic incidents once a week. She told police that the children "do get a whoopin" when they misbehave by she and Lewis, but said Lewis also uses his fists.  She added he uses a knife sheath to discipline the kids.

Jones told police the girl's swollen eye was from a bedbug bite because the kids are made to sleep on the floor. She said that the girl recently was caught drinking from the toilet and had to be disciplined.