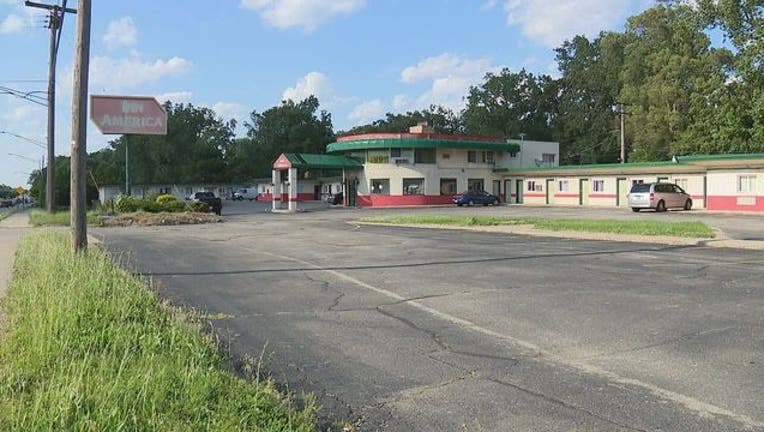 REDFORD, Mich. (FOX 2) - The 3-year-old brother of a 5-year-old girl who died after she was found not breathing in a Redford motel, also had physical injuries and was hospitalized, police say.

According to Redford Police, the 3-year-old boy was in the same motel room where the little girl was staying with her mom and mom's boyfriend. The 5-year-old girl, who has not been named, was not breathing when police arrived at Inn America on Telegraph Road in Redford Tuesday morning.

Despite efforts to save her life, she was pronounced dead at the hospital.

Her 3-year-old brother also had physical injuries but was expected to be released from the hospital Thursday.

Her mother and her mom's boyfriend have been arrested but have not been charged.

The children were in the care of their mother's boyfriend at the time he reported she was not breathing.

Police said the girl had physical injuries and on Wednesday, an autopsy revealed she died of multiple blunt force traumas. Her death has been ruled a homicide.

The manager said the girl's family had been staying there, but it is not known how long.