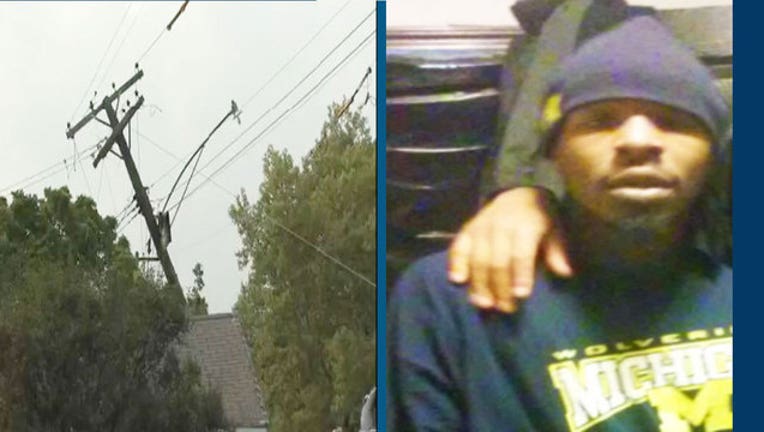 DETROIT - A tragic accident leaves a young father dead on Detroit's east side. He was walking when he unwittingly came in contact with a downed power line.

Now his family and neighbors want to know why, the power wasn't shut off sooner.Family members of the Emanuel Ward were the first to discover his body after he had been missing more than a day.

Tandra Williams and a dozen of her family members, went searching for Ward, 23, Friday afternoon.

"We see his body right there lying there. And when the police got there, they told us that wire was still alive, still on his body. His leg was cut off. His leg was gone."

Ward, The father of a 3-year-old son, was making his way through the alley in his neighborhood off Whittier Street, when he tripped on a live wire he probably didn't see.

"And it just hurt us. It hurt us a lot to see him like this."

The neighbor living closest to the downed wires says he first called DTE Energy Thursday, after noticing some of the wires fell on his property.

"Hoping that they'll work around this and try to be a little more serious about jumping on these lines," the man said. "(I'm) not placing any serious blame, but I did ask them yesterday to pick the wire up."

DTE is not responding to claims that they were called for service and didn't properly handle the downed wire. A spokesperson said their investigation will take more time.

A crew of eight trucks responded Friday afternoon to fix the downed wires, as the family watched.

"If you knew the wire was down," Williams said. "Why didn't you turn the power off until you got that fixed?"