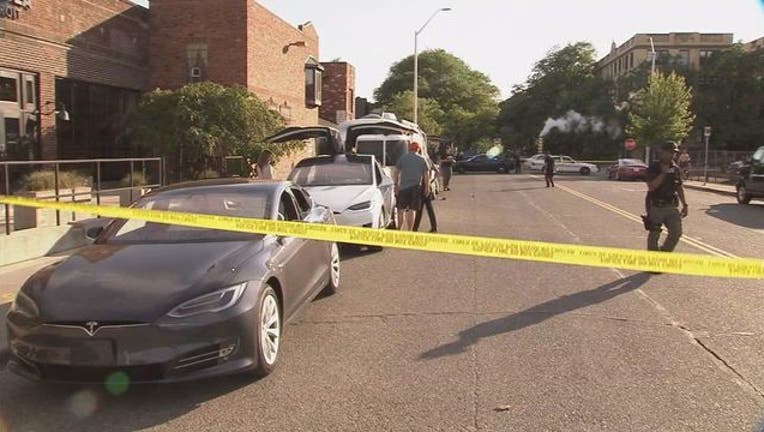 DETROIT (WJBK) - The 72-year-old man who was critically injured Thursday when a driver ran into a crowd of pedestrians in Detroit has died, according to police.

The driver hit the crowd on Canfield near Cass at 5:30 Thursday afternoon, and police say he was under the influence. Two other people were injured and are said to be in temporary serious condition.

The victims were standing near some Tesla show cars in front of the Traffic Jam & Snug restaurant when the driver of a blue pickup truck drove into them.

A passenger inside the truck says he kept the driver from leaving the scene after the accident. The driver is in custody at this time.

"I noticed that he was veering over to the left," Mike Charles said. "Like, crossing the line and I'm yelling 'Marky, Marky;' I see the people. Next thing I know, I see an older white guy push off the car - and by this time it's too late."