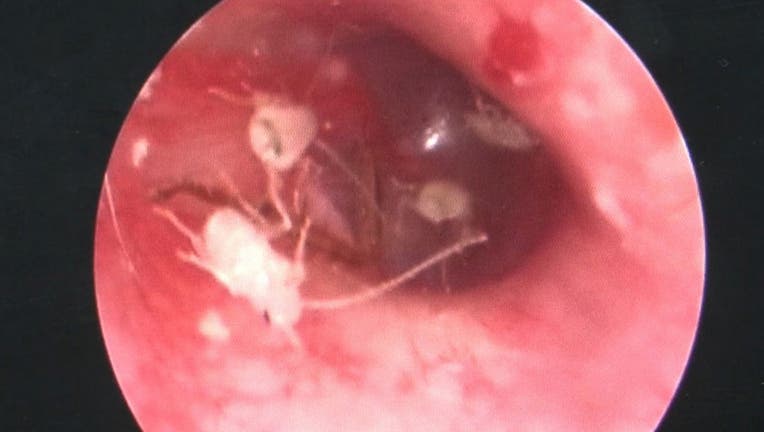 CHINA - A man in China who woke up with sharp pain inside of his ear was shocked to find out that cockroaches had made a home inside of his head.

The patient, identified as 24-year-old “Mr. Lv,” reportedly asked family members to shine a light in his ear to see what was causing the “scratching” discomfort when the skin-crawling discovery was made.

“He said his ear hurt a lot like something was scratching or crawling inside,” Dr. Zhong Yijin, the ear nose and throat specialist at Sanhe Hospital, who treated Lv, told AsiaWire. “It caused a lot of discomfort.”

Yijin told the news outlet that he found “more than 10 cockroach babies inside” and said they “were already running around.”

MAN HAS 12-CENTIMETER PARASITIC WORM REMOVED FROM BRAIN AFTER YEARS OF NUMBNESS, BLACKOUTS

Yijin said he removed the babies with a tweezer and also found the “mother” cockroach and was also able to remove her. He prescribed his patient ointment and said LV’s habit of leaving unfinished food near his bed likely contributed to the problem.

“Household hygiene helps to prevent the appearance and spread of cockroaches,” Dr. Jiang Tengxiang, head of the hospital’s ENT department, told AsiaWire. “Disinfect drains and sewers. Use mosquito nets and screens on windows. That’ll stop insects from flying or crawling into your nose and ears.” 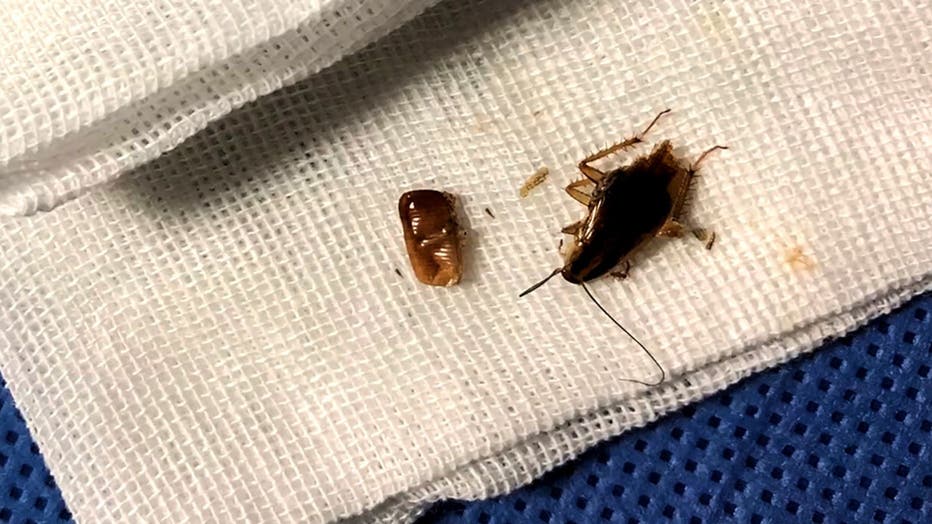 Katie Holley said that she woke up one night after feeling like “someone had placed a chip of ice in my left earhole” and used a cotton swab to investigate. To her horror, she said she pulled out two dark brown skinny leg pieces, and then woke her husband to have him try to pull the rest out with tweezers.

She went to the hospital, where a doctor reassured her that he was able to remove the whole cockroach. But nine days later she was still in pain so she went to her primary care physician.

“My physician proceeded to remove the leg and flush my ear again, only to examine it and see even more remnants,” she said. “She ended up pulling out six more pieces of the roach’s carcass – nine days after the incident took place.”