BLOOMFIELD TWP, Mich. (FOX 2) - Police in Bloomfield Township said a Detroit man was arrested after driving his SUV into a bank at Telegraph and Maple Tuesday afternoon in an attempted bank robbery.

Suspect surrenders after ramming through bank doors in Bloomfield Twp

The suspect was wearing a bulletproof vest and surrendered once police came.

Police said they were called to Level One Bank on Telegraph Road at Maple Road around 2:40 Tuesday afternoon. The caller told police they heard gunshots from outside the bank and a silver SUV was involved in some way.

Two police officers were at the bank moments later and spotted the silver SUV with heavy damage to the front. The officers said a suspect was running from the SUV but was quickly arrested without incident.

According to Bloomfield Township Police, the man drove his SUV into the front doors and then tried to drive his car away from the scene but couldn't leave the parking lot because of the damage to his car. 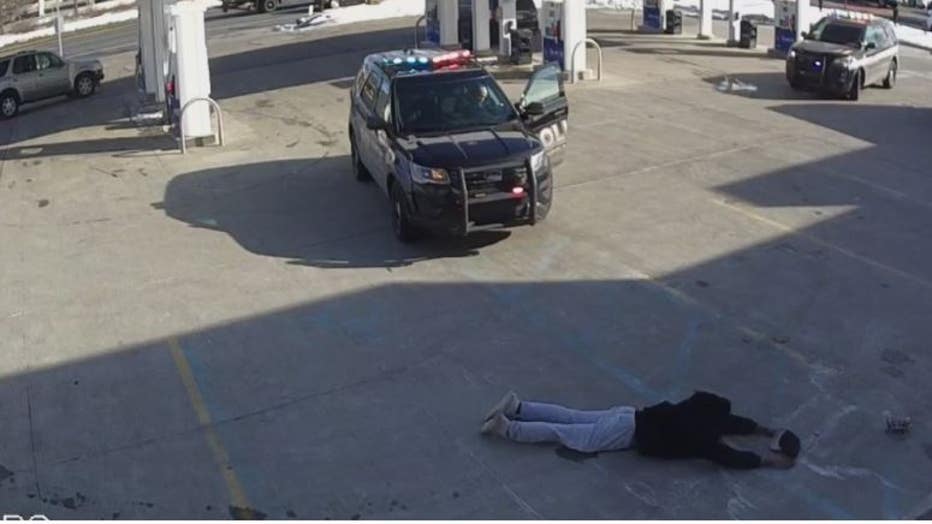 A 37-year-old Detroit man was arrested for attempted bank robbery. His name was not released.