DETROIT (FOX 2) - A 23-year-old man has been arrested after live streaming on social media purposefully crashing into a Detroit police scout car on the city's east side.

Police say around 2:30 a.m. near the intersection of East Jefferson and East Lawn the man was driving a red pickup truck and intentionally slammed into a Detroit police scout car.

The man streamed himself in a 40-minute video, which shows him running red lights, weaving in and out of traffic while reaching close to 100 mph on the speedometer and even crossing over the centerline, all while mocking police.

The entire time, the 23-year-old suspect was cool, calm and collected as he live-streamed. He even encouraged his Facebook followers to watch along. They were, and many were chiming in asking him to stop, saying he was going to die if didn't.

That's when he made a quick U-turn and drove straight at police.

Two officers were taken to the hospital with knee pain. Their conditions are still unknown at this time. Police say the suspect is in custody.

WATCH the moment of impact below:

Two officers were taken to the hospital with knee pain. Their conditions are still unknown at this time.

This story is developing. Stay with FOX 2 for updates. 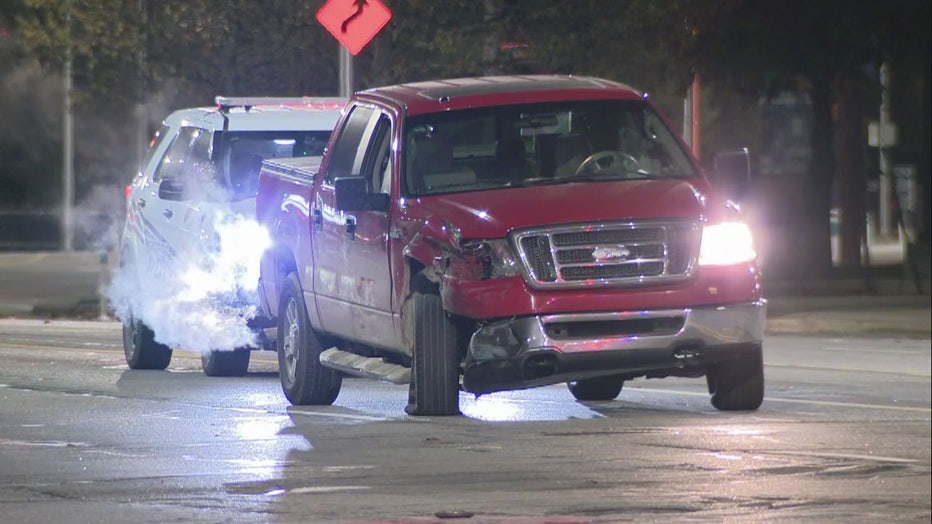