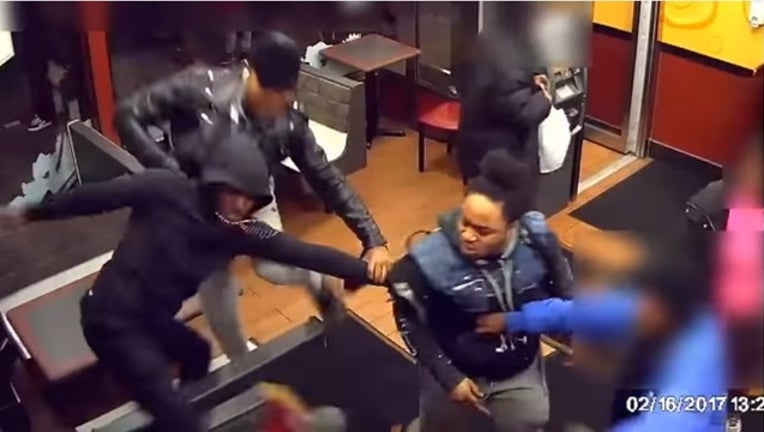 A Brooklyn, New York, man who offered to help two men pay for their meal wound up being beaten and robbed for trying to help.

The 37-year-old customer was sitting in a booth at a Texas Chicken & Burgers in Brooklyn earlier this month. Two men walked in and one of them loudly declared that no one would give him a dollar.

The customer offered to help pay for their meal, but that just set them off.

One of the men replied “I’ve got money, I’ve got money” - and the man sitting in the booth was then told to “mind your f***ing business!” police sources told the Daily News.

Then they started to punch the man tried to grab his cane, sources said.

But the man fought back and started swinging his cane at the attackers. Suddenly, three other men ran inside and joined the beatdown. Together, they punched and kicked the victim in his head and body.

Afterwards, another man came in and went through the victim's pockets before fleeing with the rest of the suspects.

As the injured man lay on the ground, two customers apparently ordered dinner as if nothing had happened.

“Can I get No. 12?” one woman asked a cashier, with the victim curled up on the floor behind her, sources said.

The victim suffered several broken bones and had cuts and bruises. He was taken to the hospital and is stable.