Deandre Somerville, 21, was sworn-in as a juror on a civil case in South Florida in August. He understood he was to return the next day for the continuation of the trial, but he overslept. He also failed to report to the jury office why he was absent. A judge ordered Somerville to serve 10 days in jail, and he must complete 150 hours of community service while on probation.

FORT LAUDERDALE, Fla. - After the familiar nightmare about oversleeping and missing a final exam or a big job interview, waking up usually brings relief. But for 21-year-old Deandre Somerville the nightmare came after he actually overslept for jury service in a Florida courtroom. A judge later punished him with a 10 day jail sentence.

A judge sentenced Somerville to the jail time, plus one year on probation and 150 hours of community service after he failed to serve on a jury Aug. 21. Somerville was released Sunday and has a hearing scheduled Friday.

Somerville, who works at afterschool programs for the city of West Palm Beach Parks and Recreation Department, received his first ever summons for jury duty over the summer. It was also his first time ever going to the courthouse and sitting in a courtroom. He described it as a little intimidating and a little boring. After a long day of sitting and waiting, Somerville said he was picked to serve as a juror on a civil case and was told to return the following day at 9 a.m.

But he missed his alarm and woke up around 11 or 11:30 a.m. It was almost time to head to his afternoon job so he didn’t bother going to the courthouse or calling the bailiff. He just hoped it would all just work out.

“At work, I was looking on my phone thinking, ‘What’s the worst case scenario that could happen?’ I thought maybe I would get a fine or something like that,” Somerville said in a phone interview. 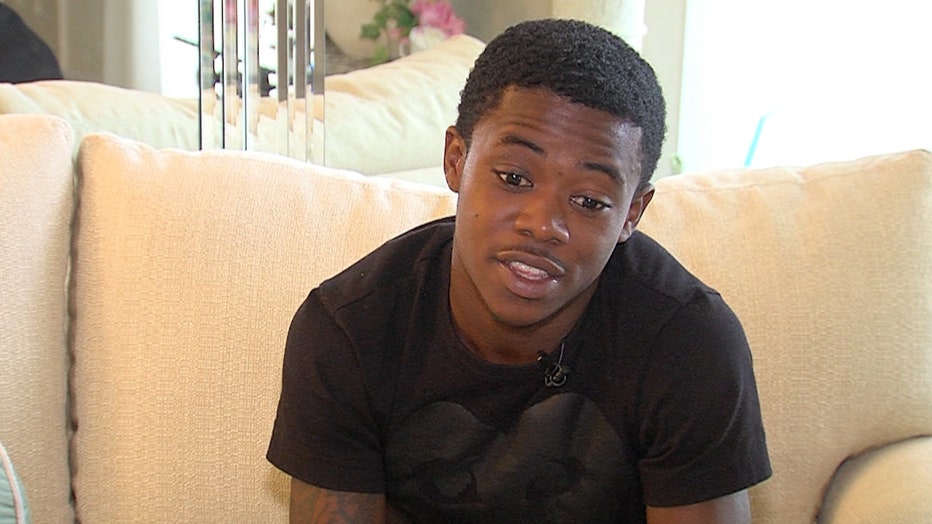 Somerville lives with his grandparents and helps care for his grandfather who recently had surgery and has trouble walking. Somerville helps him around the house and takes him to therapy and the grocery store while his grandmother is at work.

He was out playing basketball when his worried grandmother called to say there was a police officer at the door with a court summons.

“My grandfather said, ‘Just go in and be honest,’” said Somerville. “I’ve never had a criminal background, never been arrested, never been in handcuffs. The most I’ve ever gotten was a traffic ticket so I was thinking it wouldn’t be that bad.”

Inside the courtroom, he said Judge John Kastrenakes explained that Somerville’s negligence delayed the court by 45 minutes.

“They handcuffed me in the courtroom after that,” said Somerville, who spent the next 10 days in jail. He said his first jail experience wasn’t scary, but he prayed daily and wrote in a notebook.

When reached by phone Thursday, the judge said he’s not allowed to comment on pending court matters.

Somerville said his public defender will try to lessen his probation sentence, which he called “excessive,” at Friday’s hearing.

“Now I have a record. I almost feel like a criminal now. Now, I have to explain this in every interview,” said Somerville, who said he plans to go to school to become a firefighter.