DETROIT (FOX 2) - Police are investigating the death of a man inside a Detroit gas station that was apparently over $10.  Police say one of the suspects was wearing a clown mask with a red nose.

The shooting happened Halloween night around 7:45 p.m. at the Citgo gas station on Grand River near Southfield.

A man was shot dead by someone in a clown mask while he stood in line at a gas station Halloween night.

Police say the victim was standing in line at the register when he was shot in the back of the head by a suspect that walked up behind him.

The shooter, along with another man in the station, left immediately after the shooting and ran away.

Paramedics came to the gas station and pronounced the man dead at the scene. 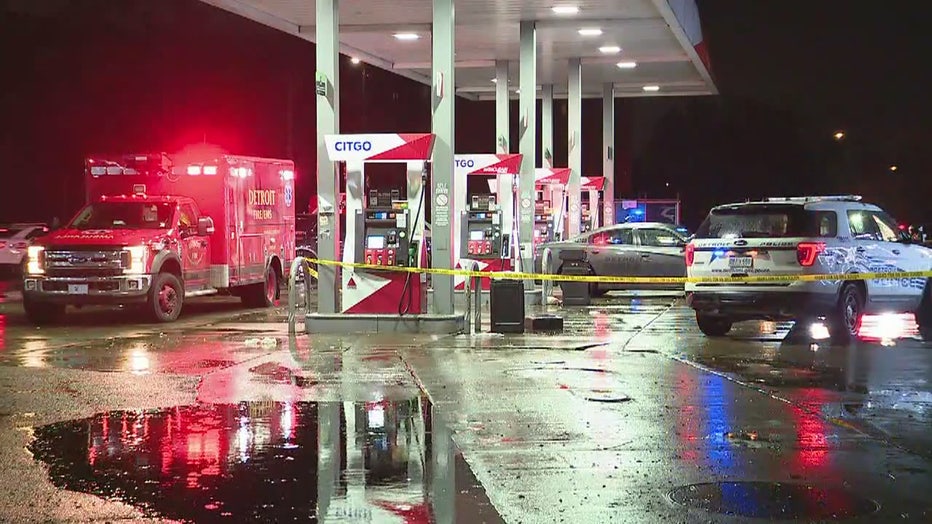 Someone at the gas station who knew the victim told us the shooting was likely retaliation from the victim robbing someone of $10 the night before.

Police haven't given the victim's name but believe he was in his 30s.

Right now police say they're looking for two men, one was wearing that clown mask and had on a gray and black Northface jacket with gray jean pants. The other suspect may be in his 30s and was wearing all dark clothing.