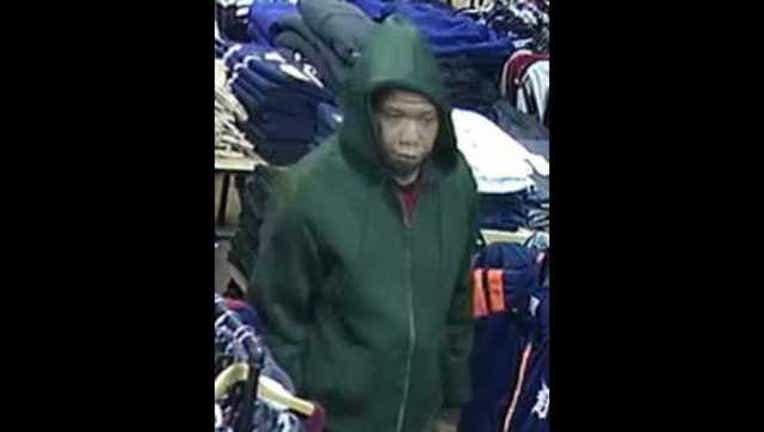 (FOX 2) - Detroit Police are looking for a suspect involved in a non-fatal shooting that happened on the city’s west side Mar. 1.

Authorities say on that day around 7:00 p.m. in the 8800 block of Greenfield, a 29-year-old man was shot by an unknown suspect outside of a local business.

The victim was in a white 2005 Pontiac Montana with six occupants, when the suspect began firing shots and the victim was struck, police say.

After shooting, the suspect fled the scene on foot in an unknown location.

Police say the suspect is a black male and was last seen wearing a green hoody and he was armed.

If you recognize the man in the photo or know of his whereabouts, please call the Detroit Police Department’s Sixth Precinct at 313-596-5640 or CRIME STOPPERS at 1-800- SPEAK-UP.