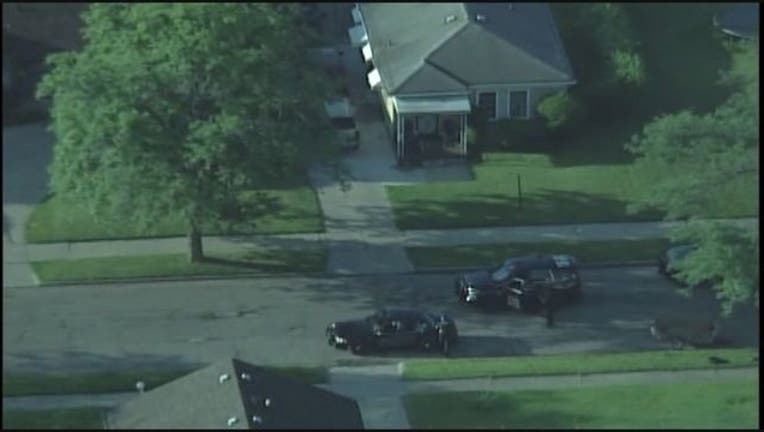 HIGHLAND PARK, Mich. (FOX 2) - Police say a man suspected of holding his girlfriend hostage overnight in Highland Park has turned himself in.

Police said a 32-year-old suspect assaulted his girlfriend, threatened her with a knife and a gun and held her hostage early on Tuesday. She escaped when he fell asleep.

Police surrounded the home on Grand Street, near Hamilton Avenue and the Davison Freeway, later that morning thinking the suspect may have still been inside the home. But after a few hours the house was cleared.

Just before 1 p.m. we learned the man turned himself in to police.