"He's going to have a little hypothermia, he was in the ambulance, he's talking, he's being treated," said Deputy Commissioner Dave Fornell.

The 'he' in today's operation is Aaron White, a 50-year-old Detroit man who became stuck in a trench that collapsed Monday afternoon. White's coworker said that while they were digging a sewer line, he became buried under soil that lost stability during the job.

The collapse broke his leg. 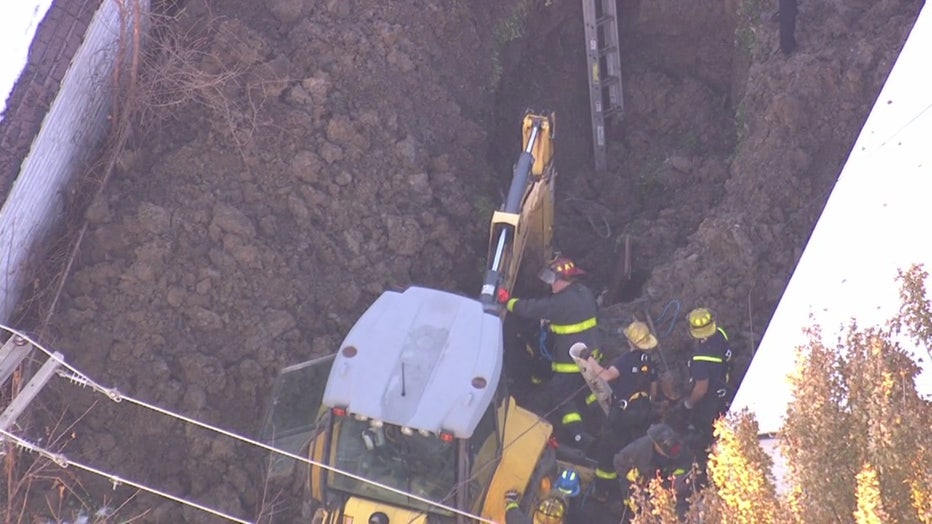 Calling him a "pretty tough guy," Fornell said before they could pull White out of the hole, they needed to fix the area around him to make sure more wouldn't fall.

"What we're trying to do right now is shore up the sides to keep more stuff from falling in and then we can work on getting him out," Fornell said around 7 p.m. "At this particular point, he's buried up this chest."

As day turned to night, DFD was able to extract the victim around 8 p.m. before loading him into an ambulance. The workplace accident happened at 6563 University Place sometime before 4 p.m..

The rescue operation included dozens of first responders and multiple pieces of equipment, including an excavator. 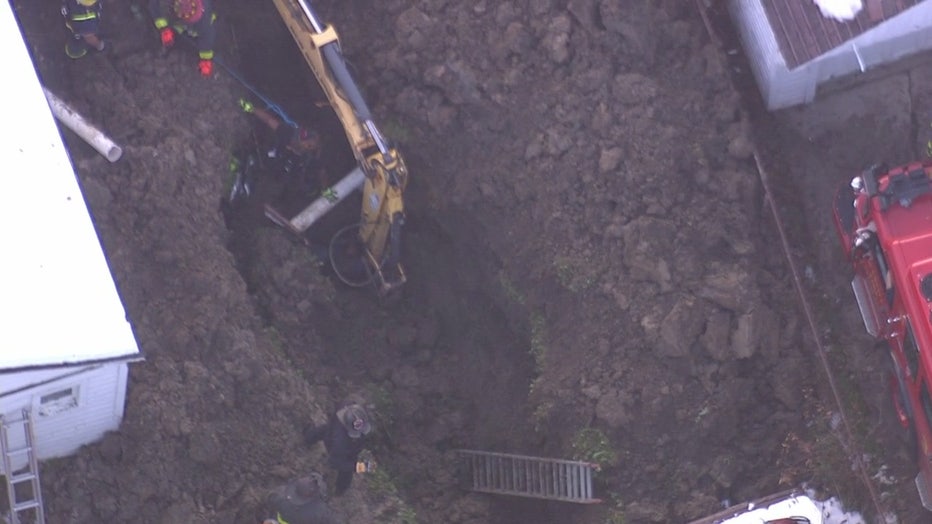 White developed hypothermia while trapped and the fire department had to send oxygen and pump warm air to keep him heated. Fornell also said the hole had not been dug properly and the walls weren't properly stabilized.