Robert McLendon took a plea deal and was sentenced to 15-30 years in prison after terrorizing the west Detroit neighborhood in 2018. Almost a year since the incidents took place, one of the victims spoke in court. She's still terrified.

"I didn't know why somebody was trying to kill me. I didn't know if I was still in danger. I still have a lot of questions because I don't know this man. He admittedly doesn't know me, doesn't know my mother," said Judith Brantley.

"It's really difficult for me to figure out what to say - to address you and to address this demon seed that attacked my family," she continued.

Robert McLendon took a plea deal and was sentenced to 15-30 years in prison after terrorizing the west Detroit neighborhood in 2018. Almost a year since the incidents took place, one of the victims spoke in court. She's still terrified.

Last December, the 30-year-old shot up multiple homes on the 2000 Block of Clairmont Street. He was eventually caught on surveillance before being arrested by police after a shooting spree that could have killed several people. Brantley was one of those people and was living with her mother and her grandchildren at the time. All were asleep when a man started firing into the home.

He narrowly missed them.

"When I see a bullet hole over the head of my 5-month-old granddaughter, there's really not many words to describe that," Brantley said last December.

Brantley's family weren't the only victims. An elderly woman's home was also shot up several times, with bullet holes piercing her walls and windows.

"I'm just glad he hasn't hurt anyone, that's all. And I'm happy that he is caught," said Jewel's whose home was also shot up.

Charged with more than 30 crimes, McLendon has plead guilty to three counts of assault with intent to murder, two charges of carrying a dangerous weapon with unlawful intent, and three weapons felony firearm charges.

McLendon claims to have no recollection of the event. On Tuesday, his attorney spoke in court and cited the troubled background that his client grew up with.

He also said that mental illness played a factor.

"It's the mental health condition that could have contributed to the events that occurred on those days," Longstreet said. "It's not an excuse, but it may shed some light as to why these things occur." 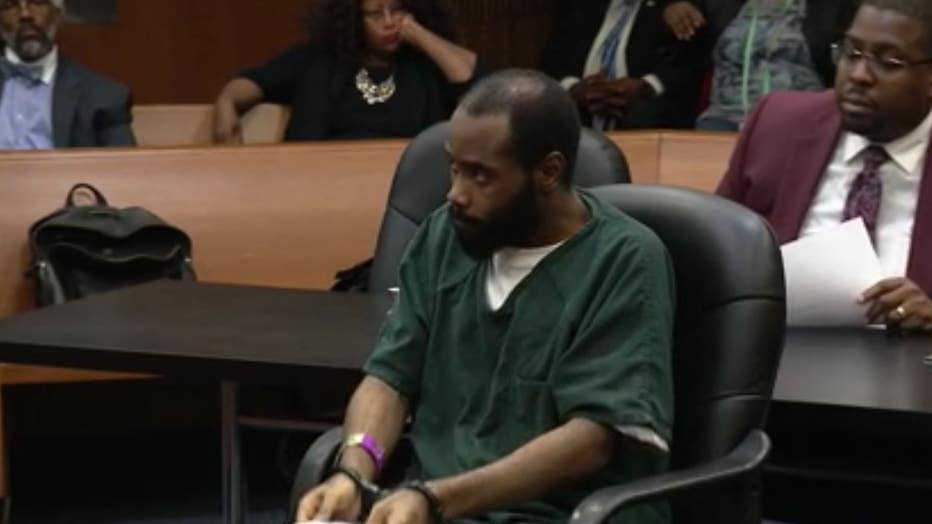