Concerns over cemetery plot lead to dispute, potential for body to be moved

A woman received a letter recently telling her that another family was upset because her brother was buried in their cemetery plot at Detroit Memorial Park in Redford. The family has told the cemetery they will take legal action if he isn't moved.

Despite being buried there for years, his sister Yvonne Patterson recently received a letter from the attorney representing the association that runs the cemetery, telling her that a dispute has arisen with another family who says Webb is in their plot.

The cemetery operator says despite its best efforts to resolve this dispute, the family says it will take legal action against Patterson’s family and the cemetery if Webb’s body is not relocated. 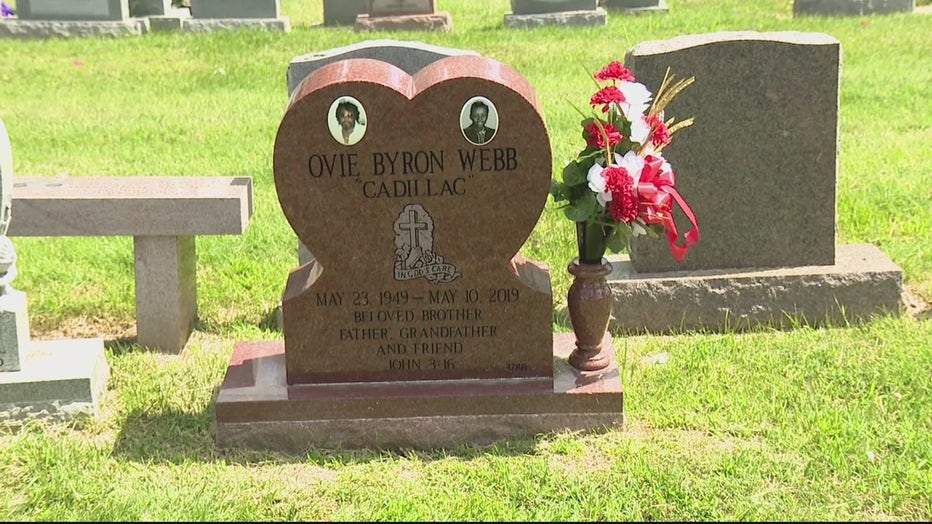 "Just know that I’m not taking my brother up. I'm not removing him from that spot," Patterson said. "I did not pick the plot, pick the plot number, or dig the hole, so how are you going to sue me for something you gave me?"

FOX 2 reached out to attorneys for the cemetery who said cemetery policy is to maintain the privacy of the families, and they typically do not comment.

"It’s not going to happen there’s no amount of money. My brother is priceless," she said. "My brother is not moving, that’s all to it. They touch them, and then you have another story."