(FOX 2) - "The best way to describe the pain is excruciating unbearable - at times I would say worse than death," said Justin Reichert.

It was only a couple of years ago, Justin Reichert was a happy, healthy Wayne State University student working two jobs and enjoying life. In 2017, it began to hurt when he moved his eyes and he's been on a downward health spiral ever since.

It was only a couple of years ago, Justin Reichert was a healthy Wayne State University student working two jobs and enjoying life.

Last June a surgical biopsy revealed that Justin was suffering from orbital myositis - an auto immune disorder where his body is attacking his eye muscles.

But his mother says it was misdiagnosed for so long, the disease has progressed to the point where his life is in danger. And it's believed Justin may be suffering from another undiagnosed illness or cancer.

Justin has lost more than 100 pounds and because of the high doses of steroids and multiple medications to try and stop the progression, his muscles have begun to waste away. 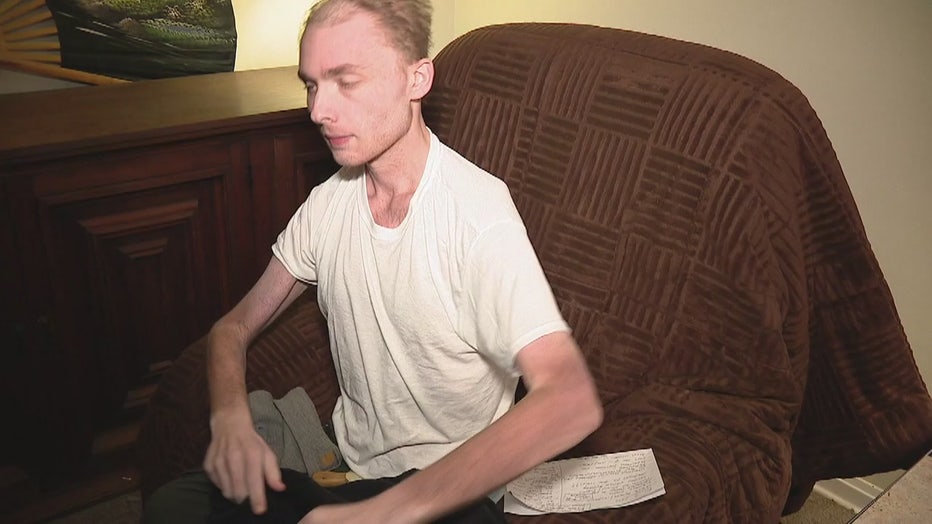 "We are just not getting anywhere and he is degenerating every single day, no matter what we do," said Jennifer Darga, his mother. "This is my child, for any mother out there, any parent out there, I mean it doesn't matter how old your child is - you just want to help them."

"Unfortunately it is considered idiopathic, no known cause," Justin said. "That's why I'm hoping someone could help me get a hold of it."

After seeing nearly 100 doctors locally, consulting some of the top health institutions in the country, and countless treatments which have failed to work, Justin and his mother reached out to FOX 2.

The family is hoping someone may see what the 23-year-old is going through and provide some answers and some sort of relief from the intolerable pain.

"I am desperate for a further diagnosis to find out what is really wrong with my body," Justin said.

"We are completely helpless but we are not hopeless," said Jennifer. "We are staying positive. We are going to find something we have to no other alternative."