We love big, strong maple trees and their beautiful colors this time of year, but Justin Irelan says the health of the trees needs to be watched.

FOX 2 - "Maple decline is a slow process of a lot of stress factors building up over time," said Justin Irelan, Davy Tree.

We love big, strong maple trees and their beautiful colors this time of year, but Justin says the health of the trees need to be watched.

"Anywhere, anyone who owns a maple could have maple decline," he said.

Michigan's variable climate, and what we do to battle it, can take a toll on the trees.

"In the wintertime, do you get the street plowed, and when it's salted, does that plow truck just blast that salty snow on your lawn?" he said. "You're going to have a high salt content on your ground that's not good for the roots."

Justin's not worried about maples in the forest, Mother Nature knows what she's doing  - but - when you're talking about the trees lining your subdivision, it is a different story.

"You're building these homes in areas where there's high clay content," he said. "Ok, these trees aren't meant to be here or they were planted wrong."

In the summer it's easy to see maple health decline, the leaves give it away.

"It's dying from here inwards," Justin said, motioning from the outside of the branches inward.

But in the fall that's obviously harder, so you look for a thing called root flair.

"So on street trees like this most of the time builders put them in right and a lot of times we find that those trees were planted too deep but this one is actually pretty good, you see how its starting to round out? that's called root flair," he said.

Nice symetric flairing, means a nice healthy tree. And the number one thing you can do to keep them healthy?

"Absolutely, water. Water it," he said.

Even in the fall. 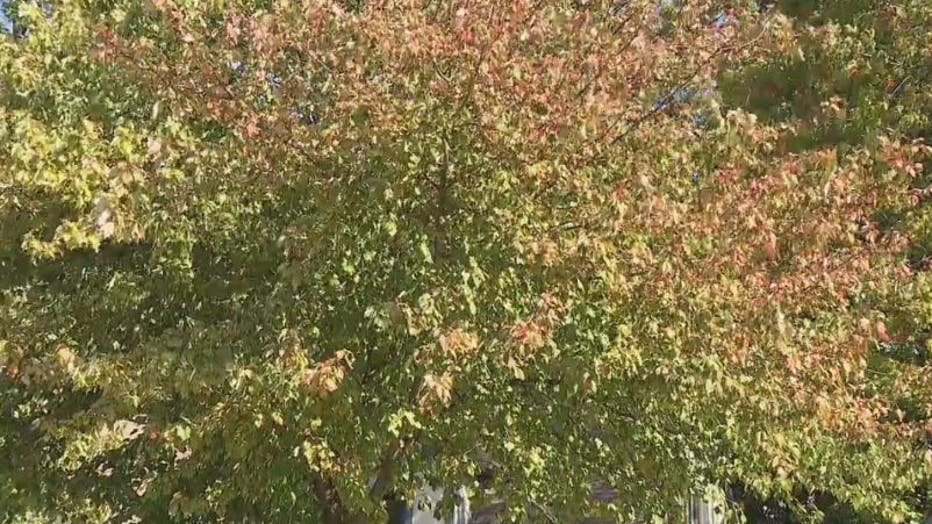