Anyone with information should contact the Redford Police Department.

REDFORD, Mich. (FOX 2) - A 53-year-old gas station clerk was killed by shoplifters during a hit-and-run.

"Somebody hit him and took off, and now he is murdered," his wife said.

RELATED: Woman dead after pickup truck slams into vehicle in construction zone on I-96

The incident happened on the night of February 27 at the Marathon gas station on Telegraph Rd near I-96 in Redford. Surveillance video captured the horrific hit-and-run.

The victim's wife only found out after she tried to get ahold of him that night and couldn't.

"I always call and check on him and I didn't get a response so then when I called his phone, someone answered and said I'm here with your husband, and he is injured," his wife said.

He was taken to the hospital but later died from his injuries.

The family wants to remain anonymous at this time. The victim, Gerry, worked at the gas station for 30 years, according to the family.

"It's heartbreaking. We've been numb for the past two weeks. His kids are lost and his wife… what is she going to do? It's terrible."

The owner of the gas station has offered to pay a $5,000 reward to anyone with information leading to an arrest.

Anyone with information is asked to call the Redford Police Department.

DONATE: The family has set up a GoFundMe to help with funeral expenses. GO HERE to learn more. 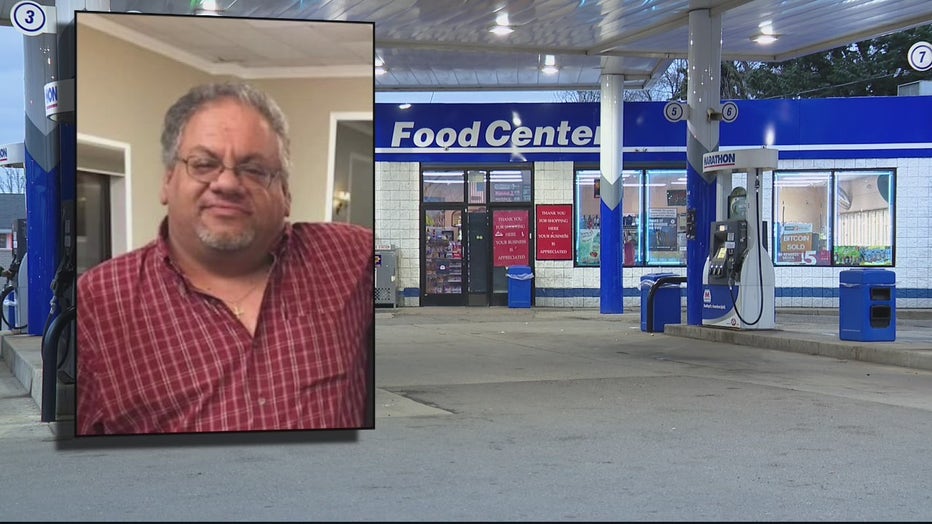