INKSTER, Mich. (FOX 2) - An Inkster couple has been reunited after each battling the coronavirus at separate hospitals.

"It was like my wedding day all over again, just to see my wife, my life partner, my companion be in the state she was in. I was truly amazed."

An Inkster couple has been reunited after each battling the coronavirus at separate hospitals.

David and Charlunda Thompson have been married for 20 years when COVID-19 tried to tear them apart for good.

It was late March when they both got sick from the coronavirus. Charlunda has underlying conditions so she was immediately admitted to Beaumont Dearborn and was soon on a ventilator.

David went home, but not for long. Eventually he, too, was admitted to Beaumont Wayne where he found himself fighting for his life without the love of his life.

"At times I felt like I just wanted to give up because it was just too difficult to breathe," he says.

But he kept fighting and would call his wife even though she couldn't talk back.

"Even though I couldn't feel David's touch if I was able to hear his voice - even though my sister wasn't there to give me a hug or a kiss I could hear her voice - and that kind of gave me strength I truly believe," Char says.

After more than two weeks of being on a ventilator Charlunda was able to breathe on her own, but then needed other kinds of help.

"My body, all my muscles had atrophy," she says. So she began therapy at Mary Free Bed Rehabilitation in Grand Rapids.

"I was trying to write to the nurses to communicate, I couldn't even hold an ink pen."

But it eventually all led to their reunion on May 6. Even though they're considered recovered they still a long way to go from living the life they once did, but they are even more determined to get there and make it better. 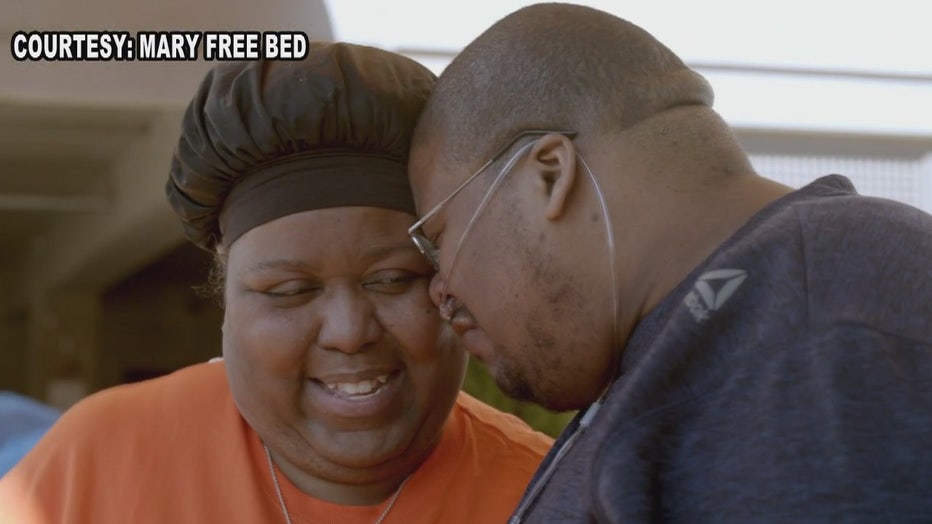 "If you don't have someone in your corner, if you're able to fight for yourself, fight. Fight, fight, fight," Char says.

They're sharing their story so no one else gives up either.