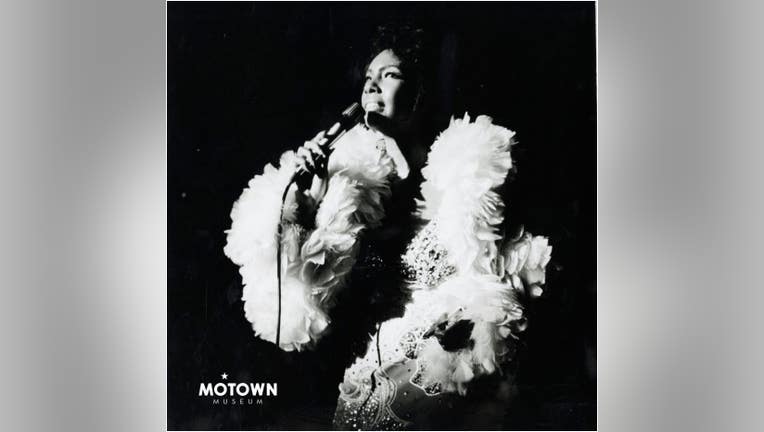 DETROIT - Mary Wilson, a founding member of one of Motown's biggest groups and a character of the music scene that was larger than life, has died.

An iconic singer and one of the original members of The Supremes, one of Detroit's Super Groups, was 76 at the time of her passing.

Her group was enshrined in the National Rhythm & Blues Hall of Fame's first class in 2013, while Wilson was honored with a lifetime achievement award from the group in 2019.

A trend-setter, chart-topper, author, and so many other unofficial and yet deserved titles, Wilson's death came "suddenly" while she was in her home in Las Vegas, her publicist said early Tuesday.

Wilson founded the Supremes when she was just 15 years old and stayed with the group until 1977. The trio, which also featured several other singers like Diana Ross, Florence Ballard, and Betty McGlown, released 12 number-one hits, 10 of which Wilson sang backing vocals for.

As an author, she set records for sales after her first autobiography Dreamgirl: My Life as a Supreme was published in 1986. Along with Ross and Ballard, Wilson was inducted into the Rock and Roll Hall of Fame in 1988.

Mary Wilson, founder of The Supremes, dead at 76

One of Motown's biggest hitmakers and a member of the one of the all-time great female trios in music history lost one of its own Tuesday when Mary Wilson died suddenly at her home.

Wilson grew up in Detroit when she met Ballard at an elementary school. The duo sang songs in the school's talent show before she joined a group called the Primettes, a precursor to The Supremes. She graduated from Northeastern High School in 1962.

A year before that, her group signed with Motown Records and scored their first hit in 1963 with "When the Lovelight Starts Shining Through His Eyes."

In a statement from Berry Gordy, the president of Motown at the time, he said he was "extremely shocked and saddened" hearing of Wilson's death.

"The Supremes were always known as the "sweethearts of Motown." Mary, along with Diana Ross and Florence Ballard, came to Motown in the early 1960’s.  After an unprecedented string of number one hits, television and nightclub bookings, they opened doors for themselves, the other Motown acts, and many, many others."

"In this moment of extreme sadness, the world has lost one of the brightest stars in our Motown family. Mary Wilson was an icon. She broke barriers and records as an original member of the Supremes, one of the greatest music acts of all time," she said. "She was a legend who was not only extremely talented, but equally beautiful. We join Mary’s fervent fan base in remembering her life and profound cultural impact. Motown Museum will continue to honor, appreciate and celebrate her legacy for fans around the world and for generations to come."