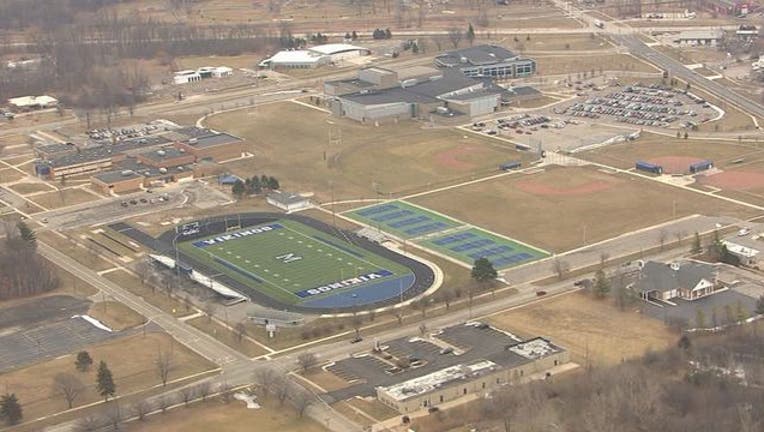 MARYSVILLE, Mich. (FOX 2) - Authorities say a high school student in Marysville has been arrested after allegedly making a rap video that appeared to threaten a school shooting.

A statement from Marysville Public Schools superintendent Shawn K. Wightman says school officials learned of the video Tuesday afternoon and notified the police. Wightman wrote that the student, who has not been identified, rapped about "shooting up the school" in the video.

School officials then also told the parents of the student, who was not at school that day, that the student wasn't allowed to return to school or be in proximity of any of the school campuses.

The student was later arrested on domestic terrorism charges.

Wightman said in the statement that "our highest priority during a serio`us incident or crisis in the district is the safety and well-being of our students, staff and visitors."

Police say the student was being held at a juvenile detention center ahead of a hearing Wednesday in St. Clair County.

Marysville is about 50 miles northeast of Detroit.