DETROIT (FOX 2) - Police are investigating after thousands of dollars in designer coats and other clothing were stolen from a Detroit business overnight in a smash-and-grab.

A smash-and-grab at a Detroit sportswear store was caught on surveillance video early Monday morning.

Police say three masked suspects took about 25 seconds to smash a truck into the front of the store, load up their arms with stolen goods and get out.

Police say one of the suspects drove a silver mini van straight through the front of the store after two other suspects checking the place out. The whole ordeal was captured on surveillance video.

All three suspects were wearing hoodies and masks so police don't have a description of them at this time. The mini van was also left at the store so it's not known right now how the suspects got away.

Tens of thousands of dollars in damages is estimated to the front of the business. It will have to be closed through the holiday season and may be able to reopen again in the beginning of the new year.

The business has been around for 26 years. 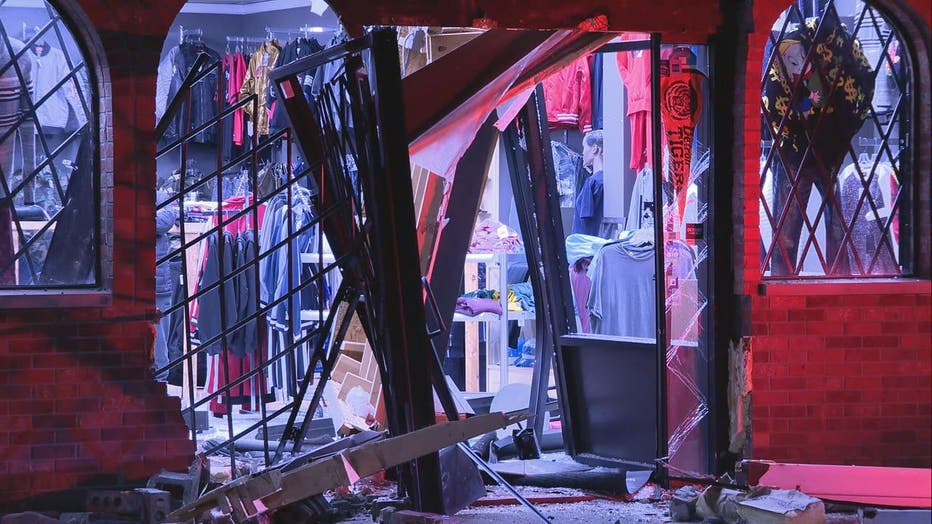