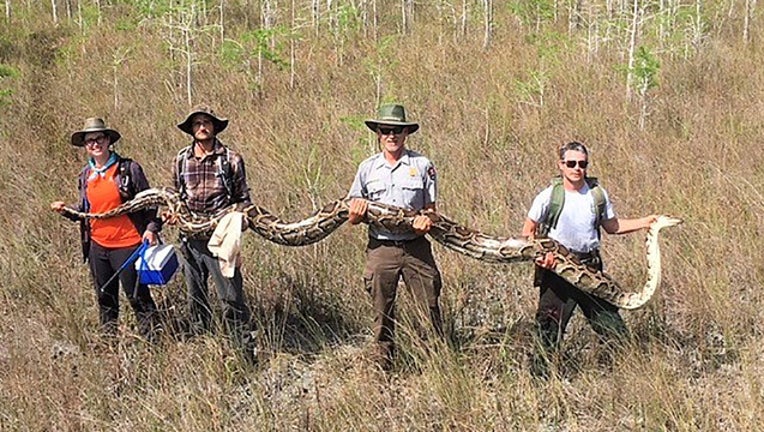 OCHOPEE, Fla. (FOX 13) - Python hunters in South Florida made a record-setting catch, snagging a 17-foot female python with 73 eggs inside of her!

Researchers caught the reptile using male pythons with radio transmitters, which allows the team to track the males -- who then locate breeding females.

It's the latest catch for the Python Elimination Program, where licensed hunters remove the invasive species in order to protect native wildlife.

Hunters in the program are paid $8.25 per hour to scour for pythons on lands that are part of the South Florida Water Management District in Miami-Dade, Broward, Collier and Palm Beach counties.

They can also earn an extra $50 for snakes measuring up to four feet, along with an additional $25 for each foot measured beyond four feet. An extra $200 is given for each python nest with eggs that is eliminated.