WASHINGTON - In light of the increased attention locally and nationally about the missing children in the District, Mayor Muriel Bowser has announced several new initiatives to improve the city’s response in finding them.

Since the beginning of the year, D.C. police have been using social media, especially Twitter, to post the images of people reported missing to increase the public’s attention to help locate them.

But the heightened awareness has also sparked concern that there is an increase of youngsters, especially black and minority girls, going missing in D.C. On social media, entertainment and sports figures such as Washington Wizards star John Wall, actor and rapper LL Cool J, actress Taraji P. Henson, and music artists such as Meek Mill, Nicki Minaj and P. Diddy have posted their concern about this issue.

However, D.C. officials have said there has not been a spike in missing children in the city. The following is the number of juveniles reported missing over the past several years:

Commander Chanel Dickerson, who was appointed to head of D.C. police’s Youth and Family Services Division, told FOX 5 that “a large number of our missing teens voluntarily leave home and they're found or located within a short time."

“One missing young person, is one too many, and these new initiatives will help us do more to find and protect young people, particularly young girls of color, across our city,” said Mayor Bowser. “Through social media, we have been able to highlight this problem and bring awareness to open cases, and now we are doing more to ensure that families and children are receiving the wraparound services they need to keep families together and children safe.”

The Bowser Administration is pushing out six new initiatives that will:

MPD will increase officer staffing of the Children and Family Services Division. The newly assigned officers will share the responsibility of locating youth who have been reported missing.  Additional officers may be provided through the Senior Police Officer Program, detailing of officers from other divisions, particularly officers who have previously served in this division, or the use of school resource officers.

Initiative 2: Expansion of the MPD Missing Persons Webpage and Social Media Messaging to Include Case Catalog with Broader Information

The current MPD Missing Persons website includes a tally of cases and very general information on each open case which is compiled into a Critical Missing flyer. Effective immediately, the updated MPD site will share more information about missing youth including: the circumstances of the child (abduction, parent abducted, child left home/school/other), the MPD officer assigned to the case, and more images. When the child is located, the date will be noted.

The Child and Family Services Agency (CFSA), the Office of Victim Services and Justice Grants (OVSJG), and identified community-based organizations will assist MPD with instituting a comprehensive evaluation of youth who are found or return home to assess the circumstances around their departure and to provide any additional resources/support/services necessary for the health and well-being of the child and the family.

A proposed citywide response and protocol will be created by a director level working group to serve all youth who have been reported missing and their families. This protocol will provide supports to the family while the child is missing. It will also ensure that young people and families are assessed appropriately and linked to resources that will enable successful reunification and sustainable family relationships that prevent repeat run away cases.

OVSJG and the CFSA will lead a director level working group to analyze individual open cases, assess and analyze trends, and manage resource requests. A preliminary meeting has already taken place, and the group identified the following goals:

• develop a protocol to ensure that every runaway youth, upon return, is assessed and the reason for leaving established;
• work on creating a process that will ensure support for families while a child is missing and services available when he/she returns; and
• identify prevention efforts with families, schools, the Summer Youth Employment Program, and others.

OVSJGA and the Office of the Deputy Mayor for Health and Human Services (DMHHS) will identify and promote grant funding to both advocacy and community-based organizations. DMHHS will release its latest round of Safer, Stronger DC grants, and OVSJGA will identify additional grant funding for advocacy and nonprofits with resources for runaway youth and their parents/guardians. The Mayor’s Budget Office is in the process of identifying existing resources for grants that can be distributed expeditiously.

The Mayor’s Office of Communication and the Office of Cable Television, Film, Music & Entertainment (OCTFME) will create and promote the 800RUNAWAY hotline and website for youth and their parents/guardians through public service announcements. In addition, the OVSJG and CFSA Lead Working Group will work on identifying prevention efforts to educate young people.

On Tuesday, a letter was sent by Congressional Black Caucus chairman Cedric Richmond (D-La.) and Del. Eleanor Holmes Norton (D-D.C.) calling on the Justice Department to assist police in investigating missing children cases in the nation's capital. Mayor Bowser chimed in with a letter to Rep. Richmond on Friday.

DC officials: No increase in missing person reports in DC 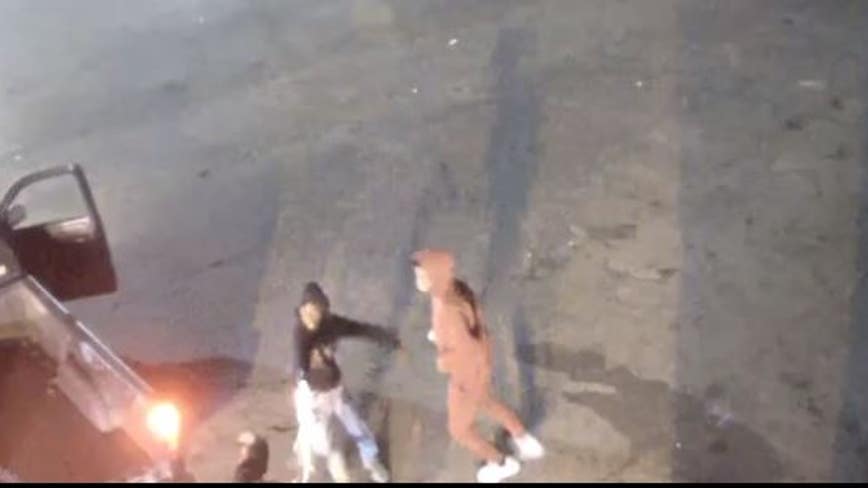