It was a debate that never got off the ground. Detroit Mayor Mike Duggan refused to go head-to-head with challenger Anthony Adams Thursday.

DETROIT (FOX 2) - It was a debate that never got off the ground. Detroit Mayor Mike Duggan refused to go head-to-head with challenger Anthony Adams Thursday.

In the past two election cycles, Duggan debated the late Benny Napoleon in 2013 and in 2017, faced challenger Coleman Young Jr. But Duggan's campaign says there will be no debate this time - and Adams, a big underdog, calls it cowardice.

"The debate is about the people," Adams said. "The people need to hear two candidates stand toe-to-toe and debate their issues."

That did not happen for Detroit mayoral candidate Anthony Adams at a town hall Thursday. Duggan's campaign manager Alexis Wiley, explained why.

"We are not going to give a platform for a rhetoric of divisiveness and hate and that’s something the mayor is not going to do," Wiley said.

The race for mayor has been tense but not competitive. Duggan won more than 70 percent of the vote in the August primary. Adams, the second top vote-getter, got just shy of 10 percent.

Even so, he’s still fighting for the job- focusing on issues like tax foreclosures, crime, public transportation and affordable housing

"While we’re spending more money on subsidizing rich developments in downtown Detroit, when we really need to be putting money into the people who actually live in the neighborhoods," Adams said.

The group "Our Neighborhoods First" slammed Adams in a recent ad, saying he abandoned Detroit for the suburbs in the years leading up to the city’s bankruptcy, and voted Republican in the 2012 presidential primary. 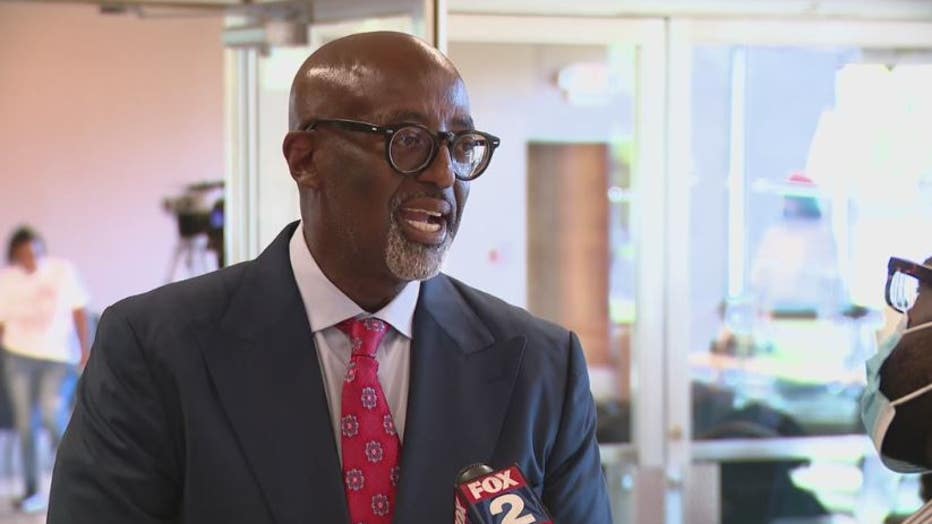 Wiley said Adams bringing up the subject of dark money is ironic.

"It's really interesting to hear him talk about dark money when his campaign, his pre-primary report shows all of these anonymous donors," she said. "The clerk requested that he correct and identify those -  that's not been done."

Adams says one thing is clear in Duggan opting not to debate — voters are losing out.

"Clearly he is doing voters a disservice because this is a time-honored tradition," he said. "When you talk about an election: two candidates standing on a stage debating their platforms and issues."

"People in this city know Mayor Duggan, they see him, he's out here, working every single day," Wiley said. "You see what is happening to our parks, you see it in the renovation of homes, you see what he is doing in the creation of jobs. So I think Detroiters know Mike Duggan and we saw that in the primary. And we will see it again in November.":