These workers - which include nursing assistants and housekeeping staff - are part of the SEIU Healthcare Michigan, and they believe the hospital is using unfair negotiating practices.

PONTIAC, Mich. (FOX 2) - Hospital workers and frontline caregivers from McLaren Oakland are protesting unfair pay and they’re calling for the community to join their fight to make things right.

"What drives me crazy, is they want to give $12.90 starting housekeeping - and which hospital in the United States have the wages not $12.90? do you know," said Fran Sinishtaj. "That don’t have no place."

"They’re already involved even though they don’t know it, they need to know that the people taking care of them feel appreciated that they’re getting a livable wage," said Michael Flores, SEIU representative.

For workers, a livable wage means being able to afford things despite inflation.

"The fact that inflation is 8.6 percent, the fact that folks have not seen a livable wage in terms of market rate for their job," Flores said.

These workers - which include nursing assistants and housekeeping staff - are part of the SEIU Healthcare Michigan and they believe the hospital is using unfair negotiating practices.

"There’s an unfair labor practice against the hospital, because they’ve been in communication with their staff as they do when we put in this informational notice, saying that we’re doing one thing at the table when we are really trying to take care of everybody," Flores said.

These workers say it’s crucial that they take a stand now to demand they receive fair wages.

"We come to the work during coronavirus, do everything and when it comes to the pay, they want to give you one and half percent, two and a half, for three years," said Sinishtaj.

"This is a successor contract, so these are something that we’ve been dealing with a long time, the negotiations themselves have been going on for too long and we want to make sure that they get settled," Flores said.

FOX 2 contacted McLaren Oakland which said: "Hospitals across the country are dealing with staffing issues; however McLaren Oakland is actively hiring employees to ensure staffing.

"McLaren Oakland has not engaged in any unfair labor practices. We have provided the union with accurate and factual information for negotiations, as required by law. It is common for unions to file baseless charges to pressure an employer in negotiations, as is the case here.

"The National Labor Relations Board has not ruled that McLaren Oakland has violated the law."

But the union and these workers say they have no reason to bring forward false claims.

Negotiations will rev up once again in early July and these workers want the hospital to go the right thing.

"They have money to pay outside people ... when they are short, top dollars," said Sinishtaj. "But they don’t wanna pay the coworkers but they don’t want to pay the employees here." 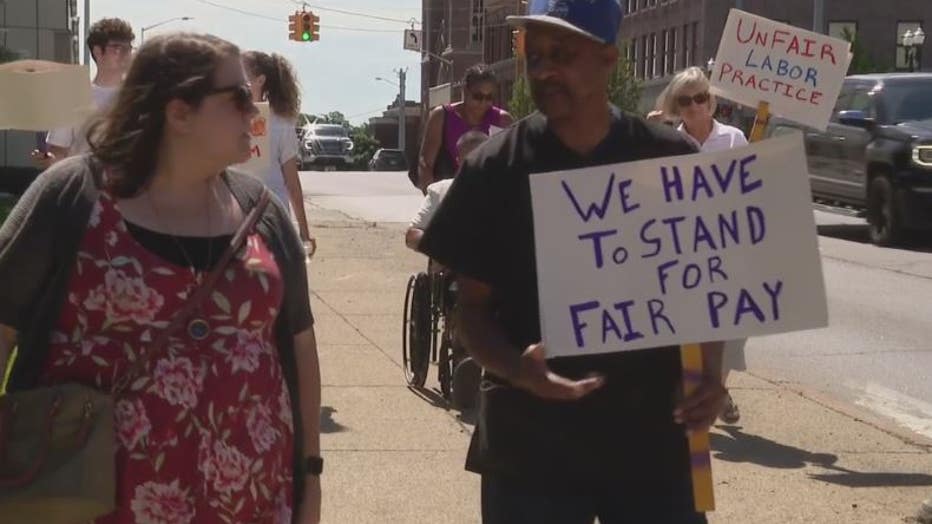