But for Christmas 2020, Inkster brothers Elvin and Christopher Thornton asked for money to buy food - so they could donate it to the homeless.

Or as 6-year-old Elvin put it, "I wanted to help poor people out."

Yvonne Washington, the boy's mom isn't surprised by the charitable outlook her sons have taken up. But even she and their stepdad couldn't help by cry when they witnessed the youthful drive to help others. 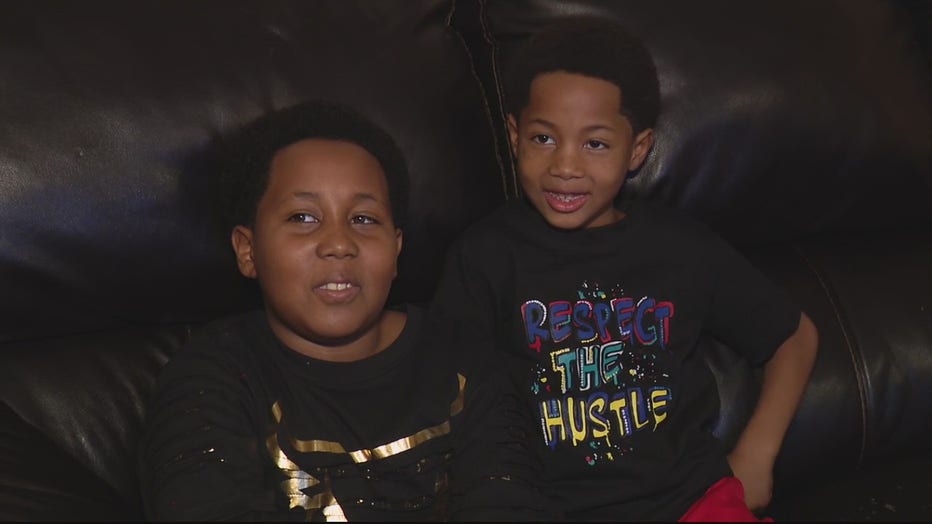 When Yvonne first asked Elvin what he wanted for Christmas, there wasn't any hesitation behind his wish.

"I wanted money," he recalls saying.

Who doesn't want money? Most kids certainly would say the same. But this money wouldn't go toward any gift on someone's wish list. Instead, he wanted it for hot meals to give to the homeless.

"We all wanted to cry, like 'what, did he just say that?' We wanted to cry, just out of the blue for him just to say that, just wow," said Ronald Riley, their stepdad.

Not to be outdone by his younger brother, when 11-year-old Christopher found out, he wanted in.

So the Inkster family started out on their end-of-year crusade by buying food. As the elders prepared the entrees, their kids took up the side dishes.

"My momma was making the spaghetti, putting the sauce in it, and me and my brother making the fruit cups," said Christopher.

Then, on Dec. 27 the family traveled to Detroit to spread some holiday cheer.

Narrating the heartwarming interactions, Christopher said it started out with pleasantries: "Hi, how are you doing?"

Then came "did you want a plate?" followed by "how about a water?"

Two brothers from Inkster insisted that their holiday gifts be money and food to help the homeless this year. Together, the family donated a hundred meals and what they didn't hand out they gifted to local shelters.

At one meeting, a woman told them "bless your heart kings and queens," said Christopher. Not even teenagers and the Thorntons have already reached royalty in the eyes of some locals.

Together, the family passed out a hundred meals. What they didn't donate to individuals went to local food shelters.

Yvonne isn't sure where Elvin got the idea to end 2020 on such a good note. But it's little surprise to her that he did.

"He's a thoughtful kid, he's always sharing, always caring so I guess it's kinda in him I guess," she said.

For Christopher, "I already got video games and stuff upstairs. I don't need any more stuff."