DETROIT - There's Madison, who loves music and is a little sassy, or so her mom says. Then there's Olivia, who loves pink and is an amazing cook and a total math geek.

The series Madison Miles and Friends tells the story of four girls with a love of science, technology, engineering, and math. The author, Daralynn Walker, holds many roles in the city of Detroit. But the importance of women in literacy has also pushed her to showcase her series and its significance in children's lives.

Some have also met Mackenzie, who is a vlogger and loves reading. Then there's Jihan, a Georgia native like Madison who still lives in the Peach State and has a penchant for acting out TV shows she creates.

These four characters make up the Madison Miles and Friends children's series, which celebrates diversity and friendship.

Its author, Daralynn Walker, was a bookworm before she starting writing literature. And her roots in reading go deep.

"I'm sure I've read every children's book that has ever existed and growing up I just had a love and a passion for getting lost in a great story," she said.

The proud daughter of a librarian, her love of literature grew as she got older. From classes at the Communication and Media Arts High School to Eastern Michigan University, her talent blossomed into the critically-acclaimed series she celebrates today.

"I decided that was something I wanted to do because I wanted little girls to see themselves in the books that I write," Walker said. 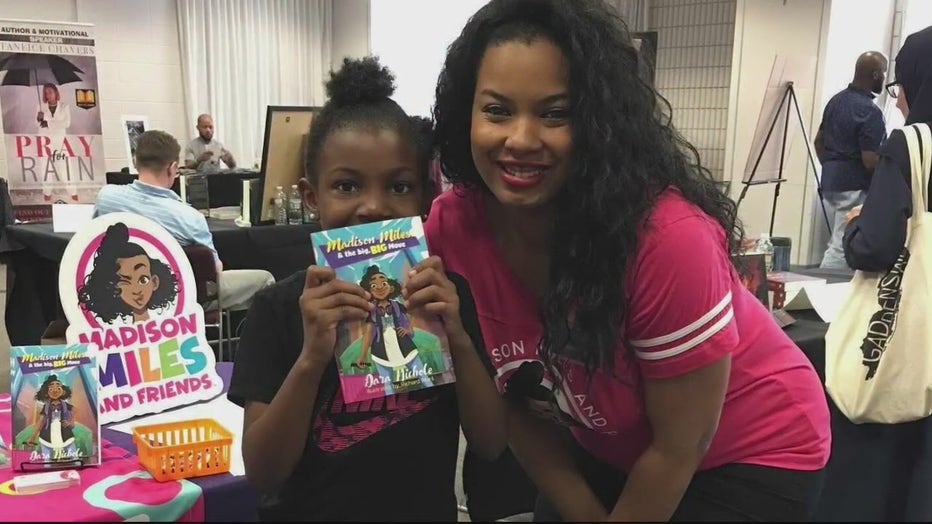 That's why the characters share different personalities while wading into the early stages of a career in STEM fields. Each one has their own passion in the science, technology, engineering, and math field, Walker said.

This expansion is important for kids because a lot of their parents didn't have books they could relate to growing up.

"I think women in literacy is so important because we are the givers of life, the nurturers, the caretakers, we are the ones that guide people through their lives," she said