ROMULUS, Mich. (FOX 2) - You've probably thought about it, what would you do if someone on your plane got out of control, even dangerous.

For one Taylor man on board, the answer was simple. Step up, and help. The woman was climbing seats, screaming, clawing compartments and totally off the rails.

You've probably thought about it, what would you do if someone on your plane got out of control, even dangerous. For one Taylor man on board, the answer was simple.

"I don't know, how to describe it," said Sherman Yarborough, Jr.

Yarborough was on board that American Airlines flight last weekend, on the tarmac in Atlanta ready for take-off.

"Everyone was fine and then all a sudden it's chaos," he said. 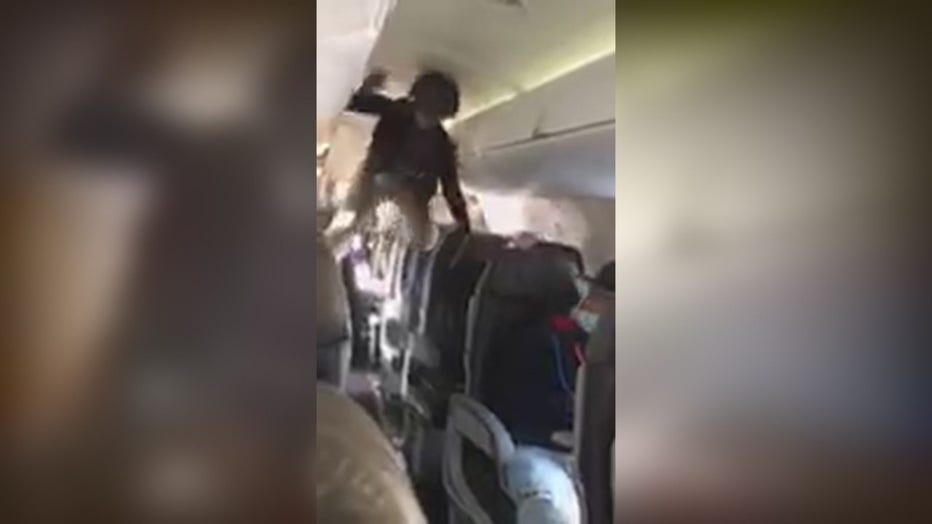 In this screen still from the video, the woman can be seen climbing on airplane seats.

"So everybody was looking to me like, 'Please help us because we don't know what this lady is doing.'" he said.

Yarborough, who says he is 6 feet, 8 inches, and 360 pounds, had the help of another big fella to subdue the passenger.

"She doesn't want to hurt anybody, but if she is, she can try to punch on me, I guess," he said. "That is what I felt like."

On video, you can hear Sherman comforting the woman as she calms down. The woman in the video, which later went viral, was eventually taken off - and taken to a hospital. 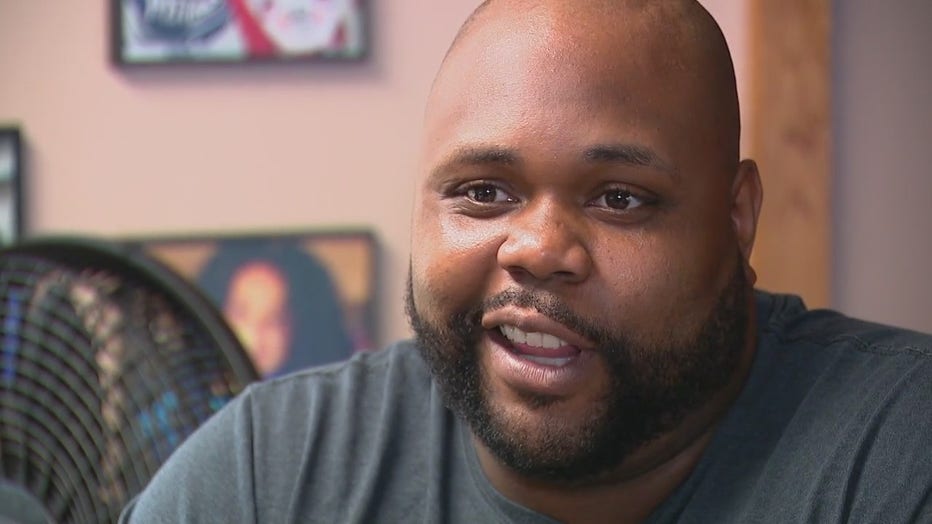 Sherman Yarborough, Jr. says we should be more empathetic to those having mental problems instead of pointing and make fun of them.

"We would rather point and poke, make fun of, and bully instead of being like, 'Yo that could be me, what can I do to help,'" he said. "I felt like what would my mom have done and she definitely would have tried to talk her off the mountain."

Mom was on his mind. He was trying to get home to Taylor for her funeral. He's taking this chaos as a sign from her.

"I just felt like her spirit was all around me like she was showing me everything is going to be okay, but crazy things are still going to happen," he said. 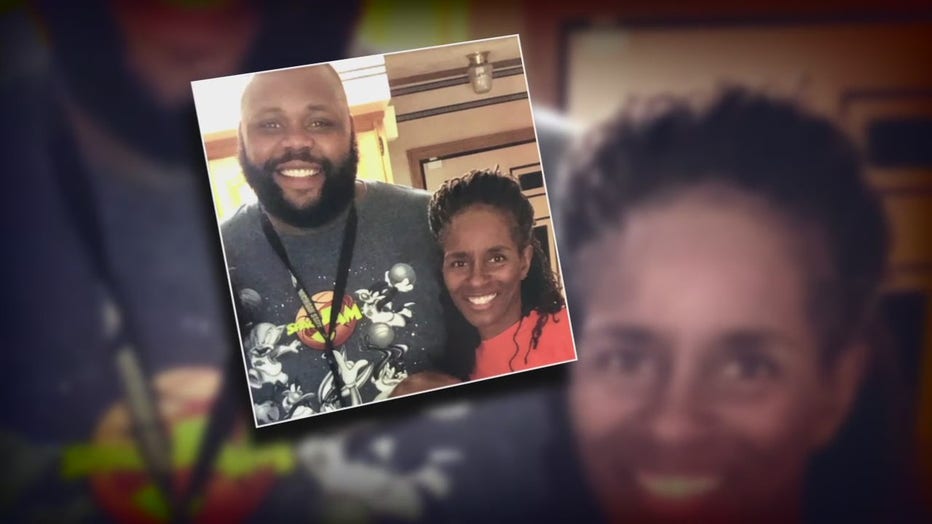 Sherman Yarborough, Jr. with his mother, whose funeral he was heading to. He said he felt her presence throughout the whole incident.

FOX 2 reached out to American Airlines. A spokesperson said they are aware of the situation and say none of their staff or other passengers were hurt.