Rick Wershe gets real on 1-on-1 with Josh Landon

Two men who grew up on the same street on Detroit's east side and whose lives took different paths. Meet the real 'White Boy Rick.'

DETROIT (FOX 2) - We have seen the incredible and captivating story in the media, bone-chilling documentaries, and even on the Hollywood big screen. The drugs, murders, police corruption, political scandals, and even the affairs.

Rick Wershe Jr., "White Boy Rick" made history recruited by law enforcement to be an informant at the age of 14 and later to become the youngest non-violent offender to serve more than 30 years behind bars.

A $100 million lawsuit has been filed on allegations of child abuse. Let's be clear, this is a different conversation and we chose the intersection of Mogul and Hayes.

Josh Landon: "We are at the corner of Mogul and Hayes on Detroit's east side. Describe what this neighborhood means to you."

"My son grew up a half a mile from here. I was fortunate that while I was in prison, that his mom made sure he went to college. So, he's doing very well in life." 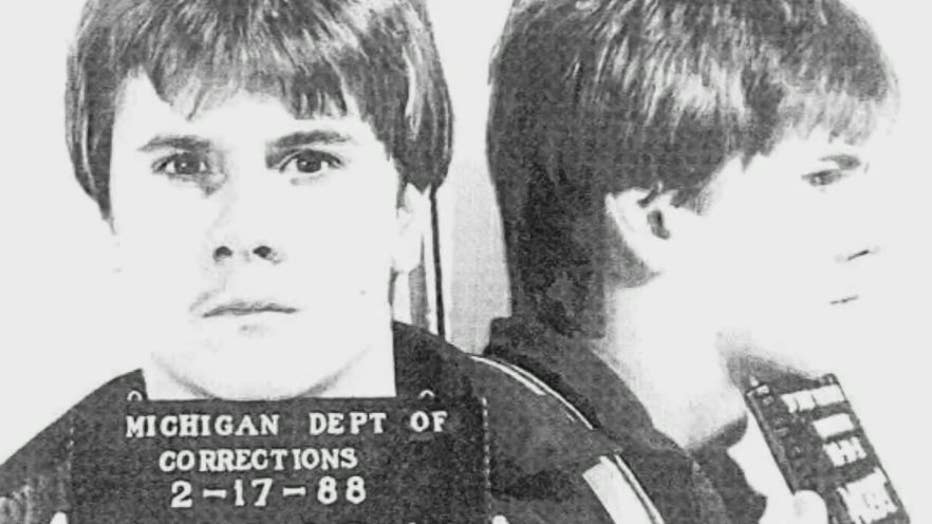 Rick Wershe and I met at this location the morning before he announced the $100 million lawsuits against law enforcement officials - marking the anniversary of his prison release - two days after he turned 52 years old.

"It's emotional standing here," he said. "It's been 34 years since I had a birthday free. So to stand here in front of my store, it's tough.

"A lot goes through my mind, Josh. The last time I was at this building, my father was still here with me. he was still alive. My dad is no longer with me, so that's an emotional thing."

Mac's Barbershop used to be Rick's Video Palace where Wershe also celebrated his last birthday, before going to prison.

Landon: "Everybody knows about the video store?"

"Bro, this was famous," he said. "Listen, I opened it up as like a front or whatever you want to call it. But we were so popular, that it became a money-making business."

Rick Wershe shared stories of how he and his friends would hang out at the corner of Mogul and Hayes, and partied late into the night.

Landon: "What kind of car was it?" 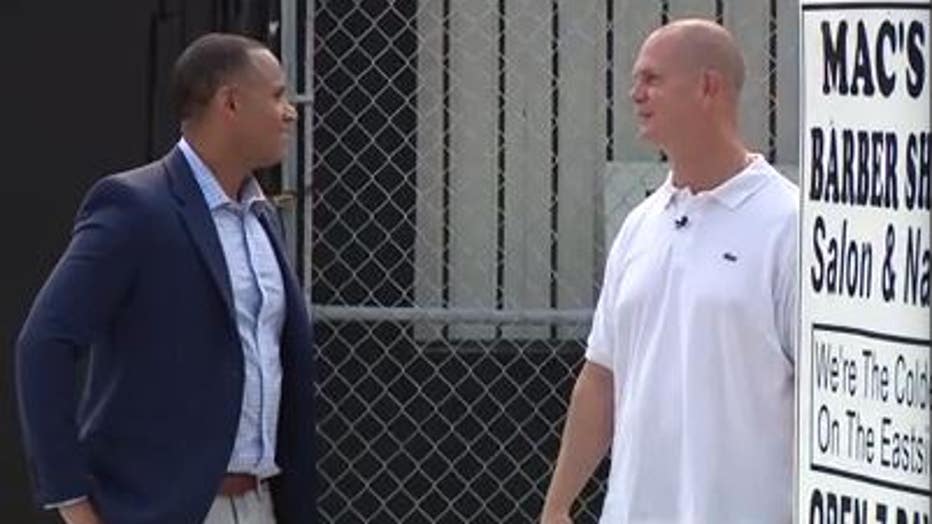 "I run into people all the time that say I remember you used to buy stuff for the neighborhood or stop the ice cream truck and paid for everyone, but I was doing bad things to be able to do those good things. But being a child - you really don't look at it like that.

"Not only did I do it as a child, but I was pushed into it by law enforcement - let's not forget that. So, A lot of those things that I went through and did, I was taught to do."

Landon: "By those who took an oath to serve and protect?"

"By those who took an oath to serve and protect," Wershe said.

He has gone from a polarizing lifestyle decades ago to the present, not desperate for cash - but still enjoying the moment of picking up a penny off the ground.

"I did 33 years in prison, in a cage," he said. "To stand here, a lot of the things people take for granted, I don't. So this, I'll take this home and show it to (my girlfriend) Michelle, I'll say I picked this up where I used to park my car." 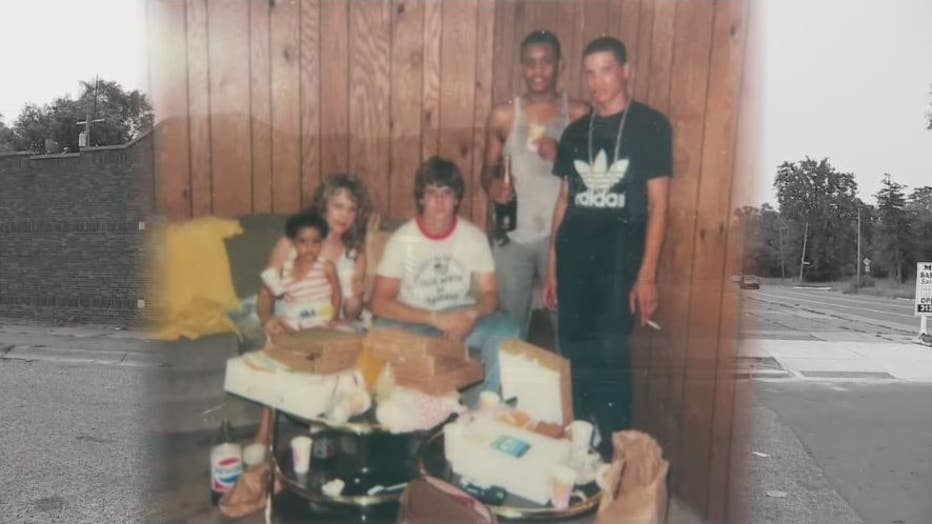 "I think we have a lot of people in prison that don't belong in prison," he said. "It's my belief that we could release half of the prison population and society would be just as safe as it is today.

"Prisons were built for violent offenders, for sex offenders. You have tons of people in prison Josh, that don't fit those criteria. They're not in that category. We over-sentence them."

Wershe has been a free man for one year, and he said he continues to ask the questions many of us wonder every day.

"I ask judges, lawyers, and educated people, explain this to me. Time and time again, I get the same answer: 'I can't,'" he said. "There's no explanation for why a drug offender would do 15 to 30 years in prison, but a sex offender would only serve five to seven years. That's sad."

While conversing with each other, the two of us learned that we share a common bond.

"So this is where Josh Landon grew up?"

It turns out a piece of his old life - and the home where my mother raised me are literally, from one end of the corner to the other.

Wershe: "Dining room, kitchen right behind it. This is like (points up) a small room upstairs, a bedroom. This is exactly like my grandmother's. Exact home I grew up in at my grandmother's house."

"Same structure, same everything," he said. 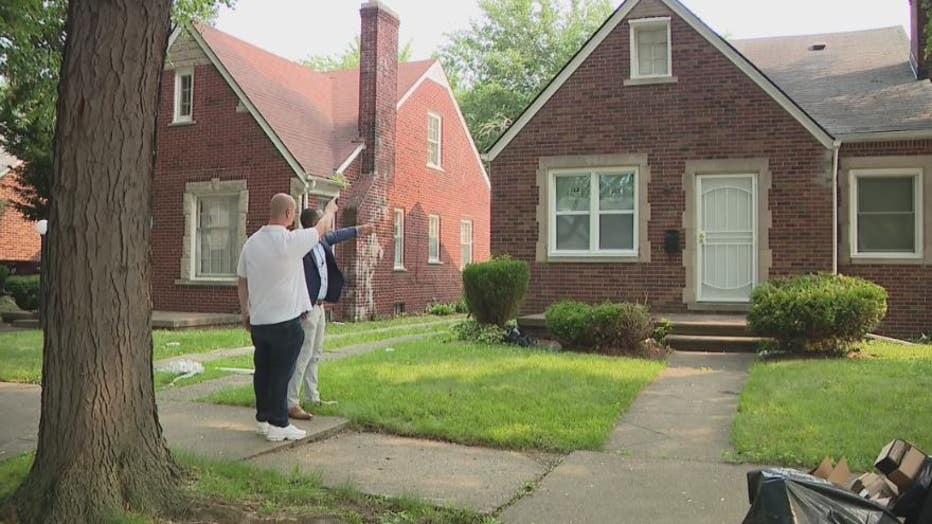 We wanted to point out this connection to help get rid of a stigma.

"Just because you're born on Hayes and Mogul, it doesn't mean you should have the disadvantages that you might end up in prison 50 percent more or a hundred times more than another person," Wershe said. "Just because 10 miles away is Grosse Pointe, those kids have a huge advantage over the youth of where we're standing right now.

We focused the conversation on how this community and many others like it, continue to be put on the backburner while downtown and suburban areas continue to blossom.

Landon: "Two blocks right here. on one end, you have people fighting to keep their neighborhood as strong as possible."

"And as safe as possible. And on the other end, it looks like we're up north," Wershe said. "It changes. You cross a street and you look at this and that is what makes me sad.

"This whole area was one of the nicer areas on the east side of Detroit. When I came home and rode through here, I was like wow - what happened?"

Blight, crime, and poverty. All are a sad reminder of the everyday reality.

"The properties, these abandoned buildings, we need to get rid of them. Let's tear them down and let's start over. But Rome wasn't built in a day, and I don't think Detroit will be rebuilt in a day. But I like what I see."

Wershe is also walking the walk. He works with Team Wellness with the goal to help the youth who are in the foster care system. 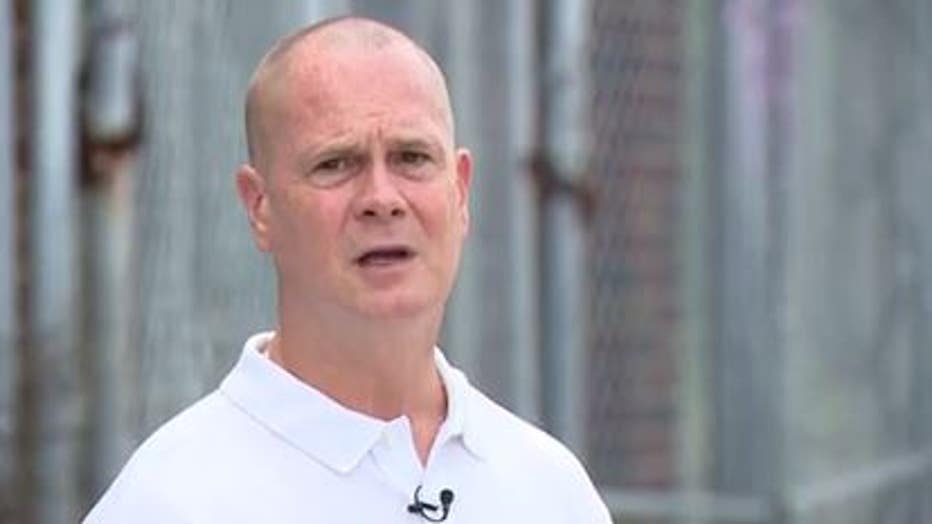 "A lot of the kids you meet in prison, I'm going to say 50 to 60 percent of them when you ask them, they'll say 'Oh I was in foster care.' They age out of foster care. When they turn 18, foster care opens the door and say, 'See you, you've got to go.' Those kids have nowhere to go, so they end up in a prison system."

A system that Wershe says only cares about making money.

"It's become more of an industry and less about rehabilitation," he said. "Once you do something for profit, the rehabilitation is gone out of it.

"The guards don't care. They think everybody is going to come back, that's their job security. When you leave, they say, 'We'll see you soon,' and guess what - a lot of them, you see sooner than later."

It was an interesting and deep conversation with Rick Wershe in the community where it all started.

"I love these people bro. This is my neighborhood," he said. "People say you're crazy going down there, it's where I'm from. People told me this morning are you taking security with you and Josh? I said man, we don't need no security.

At this time the Detroit Police Department and FBI will not comment on the $100 million lawsuits since it is pending ligation.

But during our time on Mogul Street, Rick Wershe started pointing at homes he would like to potentially buy down the line.

He says part of his focus now, is giving back to the community.

We'll see what happens next for Wershe, as a free man.