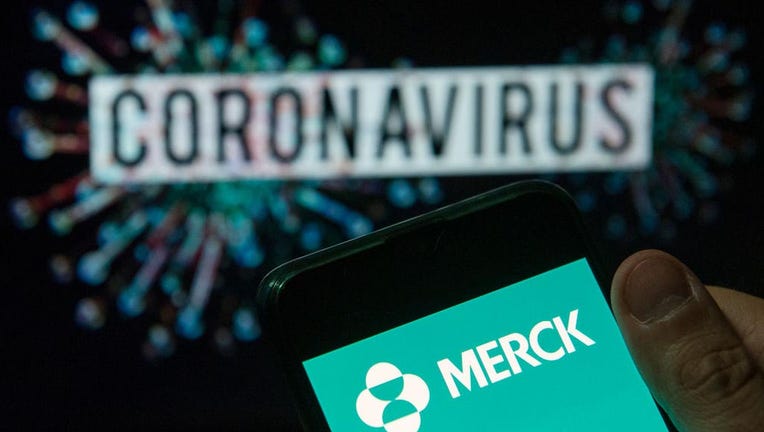 In this photo illustration, the American multinational pharmaceutical company Merck logo seen displayed on a smartphone with a computer model of the novel coronavirus on the background. (Photo Illustration by Budrul Chukrut/SOPA Images/LightRocket vi

The drugmaker said Monday that it will focus instead on studying two possible treatments for the virus that also have yet to be approved by regulators. The company said its potential vaccines were well tolerated by patients, but they generated an inferior immune system response compared with other vaccines.

Merck was developing one of the potential vaccines with France’s Pasteur Institute based on an existing measles vaccine. The French institute said it will keep working on two other vaccine projects using different methods.

Merck entered the race to fight COVID-19 later than other top drugmakers.

It said last fall that it had started early-stage research in volunteers on potential vaccines that require only one dose. Vaccines developed by Pfizer and Moderna were already in late-stage research at that point.

The Food and Drug Administration allowed emergency use of both the Pfizer and Moderna vaccines late last year. Each requires two shots.

Five potential vaccines have reached late-stage testing in the United States, the final phase before a drugmaker seeks approval from regulators. Results from a single-dose candidate developed by Johnson & Johnson are expected soon.

Since vaccinations began in December, nearly 22 million doses have been delivered to people nationwide, according to the Centers for Disease Control and Prevention. Nearly 6% of the population has received at least one dose.

Anthony Fauci summarizes the status of the coronavirus pandemic

Fauci, the nation’s leading infectious disease expert, summarized the status of the pandemic amid a devastating surge, which has pushed new case counts and death tolls higher than ever before in dozens of states across the U.S.

A total of 3.2 million people, or 1% of the population, have received both doses required for those vaccines.

More than 419,000 people in the United States and 2 million globally have died due to the coronavirus, according to Johns Hopkins University.

The government is paying Merck & Co. about $356 million to fast-track the production of one of its potential treatments under Operation Warp Speed, a push to develop COVID-19 vaccines and treatments. The money will allow the Kenilworth, New Jersey, company to deliver up to 100,000 doses by June 30, if the FDA clears the treatment for emergency use.

The treatment, known as MK-7110, has the potential to minimize the damaging effects of an overactive immune response to COVID-19. This immune response can complicate the life-saving efforts of doctors and nurses.

Merck said early results from a late-stage study of that drug showed a more than 50% reduction in the risk of death or respiratory failure in patients hospitalized with moderate or severe COVID-19. The company expects full results from that study in the first quarter.

Merck’s other potential treatment is an oral antiviral drug. The company also expects to see early results from mid-to-late-stage research on that in the first quarter.

AP Writer Sylvie Corbet in Paris contributed to this report.