Winter is coming, heading south to us before you know it. One problem across, the state and across Metro Detroit, is there’s a major shortage of snowplow drivers - and it could be a problem.

FOX 2 - Winter is coming, heading south to us before you know it.  One problem across, the state and across Metro Detroit, is there’s a major shortage of snowplow drivers - and it could be a problem.

"It's tough to get people we are advertising a lot and its tough," said Craig Bryson, Oakland County Road Commission.

Bryson says they need 30 plow drivers to be ready. Just a couple years ago, this was a coveted position.

"In the past, we have had lines of people you would get turned away before you would get a chance to get an interview," he said. "This is surprising."

Wayne County wants to hire 50 more drivers and in Macomb County – they are down about 30 percent of the drivers needed to handle the snow load.

The Michigan Department of Transportation is feeling the pinch, too.

"The main thing we are seeing is when we put out ads, we are getting fewer people or no people (applying)," said Mark Geib, MDOT.

MDOT is far from frantic - it still has about a month to hire. Typically a plow driver position - would require a Commercial Drivers License, but that may be waived.

"We are even discussing bringing in people that don't have CDLs, that have some large vehicle experience," Geib said. "If it gets extremely difficult, it might be our next move."

Bryson has a theory to the shortage - echoed by others in the industry.

"Truck driving companies are offering bonuses and unprecedented pay at that level we have never seen before," he said. "There is a lot of competition."

When the snow comes he says - they’ll be ready, one way or another.

"We have contingency plans, we have people inside that have CDLs that we will go throw them in a truck," he said. 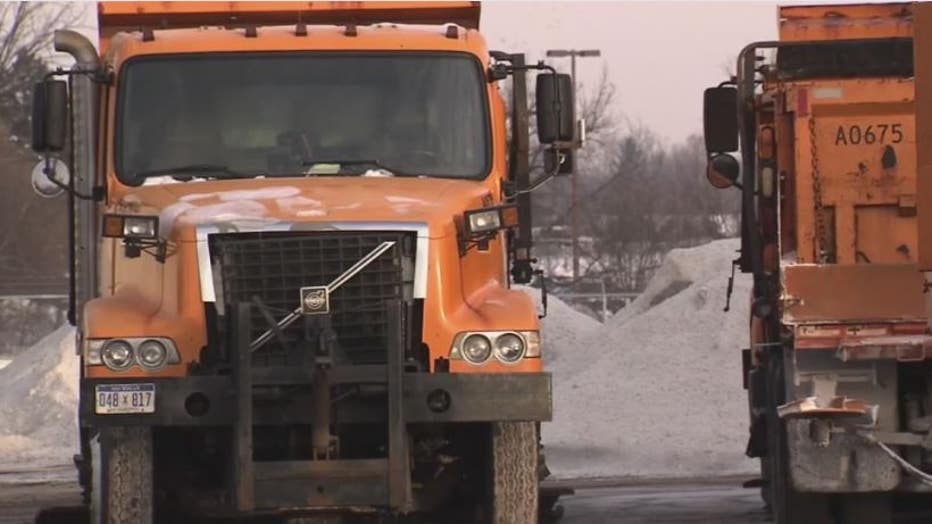