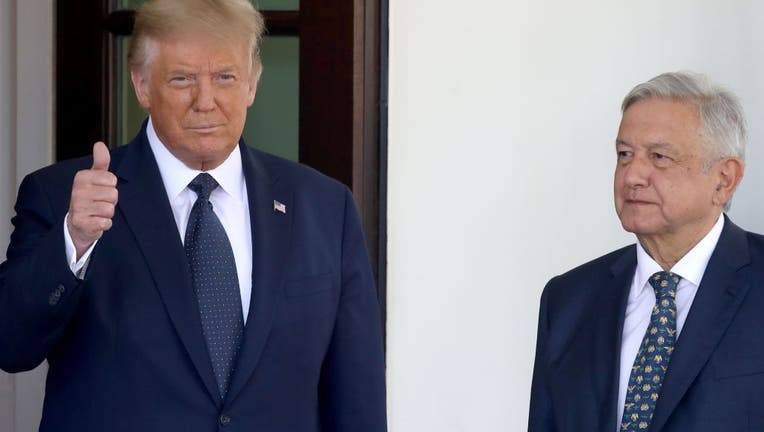 President Andrés Manuel López Obrador at the same time declined to condemn the assault by Trump supporters on the U.S. Capitol on Wednesday, citing his policy of not interfering in other countries’ affairs. He said only that he regretted the loss of lives.

But López Obrador, who is seen as friendly to Trump, was quick to criticize what he called the censorship of the U.S. president.

"I don’t like anybody being censored or taking away from the the right to post a message on Twitter or Face(book). I don’t agree with that, I don’t accept that," López Obrador said.

"How can you censor someone: ‘Let’s see, I, as the judge of the Holy Inquisition, will punish you because I think what you’re saying is harmful,’" López Obrador said in an extensive, unprompted discourse on the subject. "Where is the law, where is the regulation, what are the norms? This is an issue of government, this is not an issue for private companies."

Presidential spokesman Jesús Ramírez doubled down later in the day, writing in his Twitter account that "Facebook’s decision to silence the current leader of the United States calls for a debate on freedom of expression, the free exchange of information on the web, democracy and the role of the companies that administer (social) networks."

López Obrador also said he was not planning to attend Biden’s inauguration. Earlier, he refrained from congratulating Biden on his election victory until after the Electoral College vote in mid-December. The Mexican leader’s only trip abroad so far in his presidency was to visit Trump in Washington in July to celebrate the implementation of the Mexico-U.S.-Canada trade agreement.