Michigan Gov. Gretchen Whitmer said the next set of loosened restrictions the state could see will include "low-risk" work like construction and "outdoor enterprises."

During an interview with Politico Monday morning, Whitmer told reporters she envisioned the next re-engagement of the state's economy coming in the next few days. During a 4 p.m. press conference, she said the same thing - that construction and outdoor enterprises would be the next step.

"I would anticipate in the coming days if our trajectory of hospitalizations continues to go down and our ability to test goes up, that we will go into the next low-risk category," said Whitmer, adding "and that might include some construction for instance. It might include some additional outdoor enterprises that are currently forbidden from proceeding."

Michigan saw it's first loosening of restrictions since the COVID-19 pandemic began spreading in the state on Friday when the governor amended her stay-home order to allow some nonessential businesses to reopen. Extended to May 15, residents are now allowed to travel to another in-state residence they may own, play golf and ride in motorboats.

Also during Wednesday's press conference, Whitmer announced the Mi Safe Start program, which will be what the state uses to determine the next business types that will open - and when. Even when the businesses are allowed to open, Whitmer said facemasks and social distancing will still need to be required.

"If we're not smart and take away social distancing, we could risk thousands getting sick," she said. "If we stay smart, we could lower the risk and protect more people."

Whitmer added that the MI Safe Start Plan would determine which businesses are the lowest risk and open them first. She said the plan would allow other businesses to open if the data shows the state's fight against COVID-19 is successful.

Michigan's new COVID-19 has plateaued over the past few weeks. Since hitting a peak of almost 2,000 new cases April 3, the state has seen a precipitous drop with a slight tick up in new cases last week. 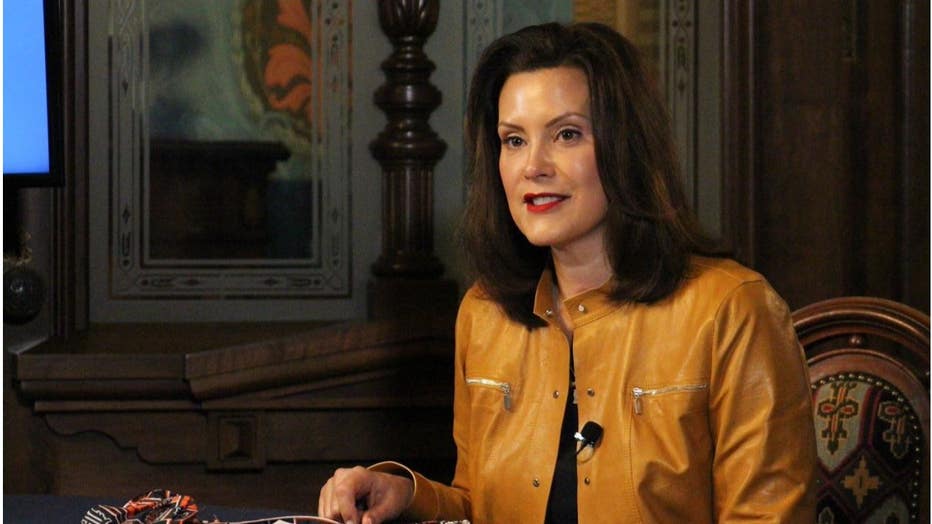 The governor and members of the Republican leadership in the legislature have indicated they are beginning to turn their attention toward ways of rebooting the state's economy. While Whitmer's executive orders are blanket mandates across the state, plans released by the GOP show an effort to regionalize where the orders are applicable - something the governor indicated she would be open to.

"We also have to look regionally. Different parts of our state don't have COVID-19 pressure the way that other parts do. They also don't have the kinds of hospitals able to meet a need if a spike happens..." she said.

Pressure is continuing to mount on lawmakers to reopen the economy as the workforce's unemployment rate reaches record highs and officials estimate a multi-billion dollar deficit on the state's budget.