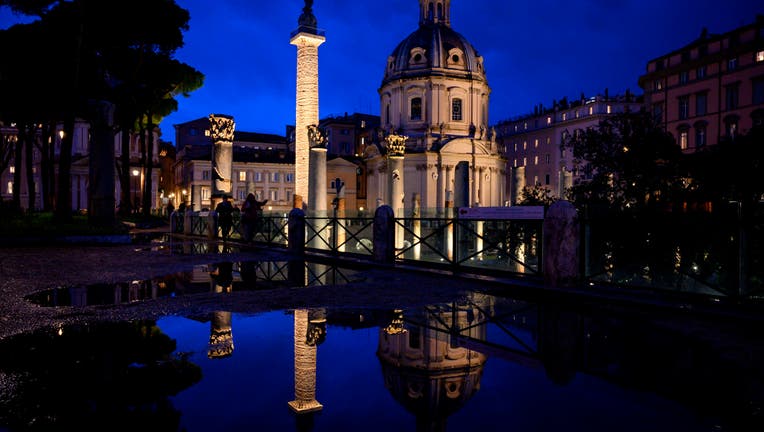 Trajan's column (L), that commemorates Roman emperor Trajan's victory in the Dacian Wars, and the Santissimo Nome di Maria al Foro Traiano church are reflected in a pool of rainwater on November 12, 2019 in downtown Rome. (Photo by Tiziana FABI / AFP

ROME (AP) - Police in Rome say a Michigan woman wanted in the 2002 death of her husband has been arrested in a Rome hotel.

Rome police arrested Beverly McCallum after she checked in at the hotel. Italian hotels are required to register guests in an online system linked to a police database.

A police spokeswoman said that database flagged an international arrest warrant for McCallum's arrest. U.S. authorities had been seeking to extradite McCallum from Pakistan, where she was believed to have been living.

Her husband was beaten and suffocated, and his body was dumped and burned in a blueberry patch in western Michigan.