PLYMOUTH, Mich. (FOX 2) - Born in August 2016, Shaan Patel was a beautiful boy with big eyes. Always loveable, always smiling and always active. But then something happened to the Plymouth, Mich. native just months before his 4th birthday.

"I asked him to smile; his face just looked different to me. And when he smiled one side just stayed down and was like, drooping and the other side he smiled normally. So that was my immediate, gut reaction was, oh my god, something is desperately wrong. I don't know what," said Krupa Patel.

A crooked smile from a Plymouth couple's 3-year-old boy led to a shocking medical diagnosis, and it's one that's teaching this family how to have hope and take life day by day.

For her and her husband, Raj, this would be the beginning of a devastating ordeal no one would ever expect. Doctors discovered a mass in Shaan's brain, eventually realizing he has a rare brain tumor.

"Every time they did a scan this tumor was just growing. So fast forward, the actual diagnosis was an extremely rare - it doesn't even have its own protocol and there's not a treatment for it, per se," Krupa said.

Extreme pressure was causing so much pain and cutting off oxygen to Shaan's brain, leading to partial paralysis. Doctors said surgery on the tumor was too risky.

"Very aggressive, super rare, rare in general and also rare in children. So it was just everything you don't want in a tumor," Krupa said. 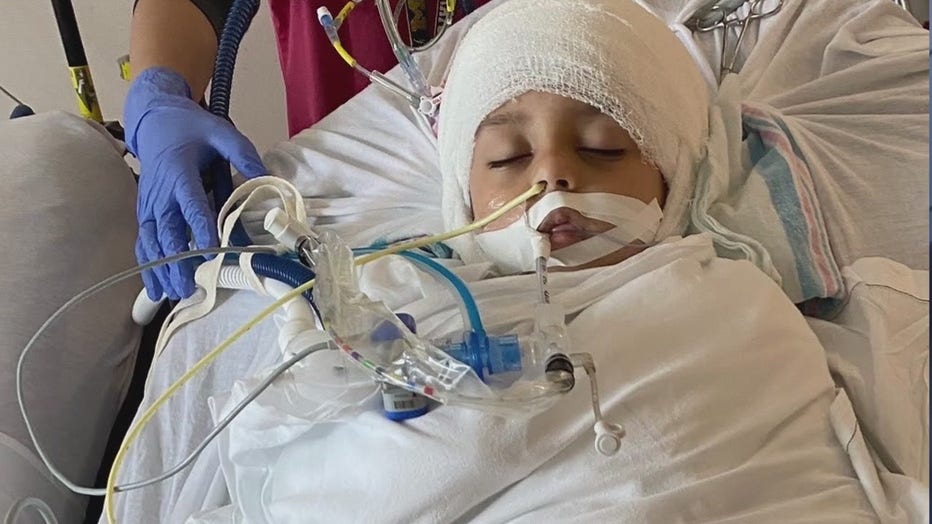 So began three weeks of radiation to stop the growing tumor. Very long days at the University of Michigan Mott Children's Hospital turned into weeks. Krupa was given advice.

"'It's okay to go down that dark road. Your mind needs to go there. You need to cry it out, you need to think about the worst-case scenario. You need to have a pity party and say, 'Why me? Why him?' But just don't stay there too long. Get it out and then come back.'"

After more than two months in the hospital, Shaan was finally sent home. And it was just in time to celebrate his 4th birthday, which was met with a very special birthday car parade that even included a firetruck and an ambulance.

Shaan returns to the hospital every day in physical therapy and chemotherapy. The Patels know how hard their little superhero is fighting.

"In my heart I know he's going to be running around like these other kids over there, having a big ruckus of a party. I'm just waiting for that day and I'm just taking every day, just waiting, waiting for it to happen," Raj said. 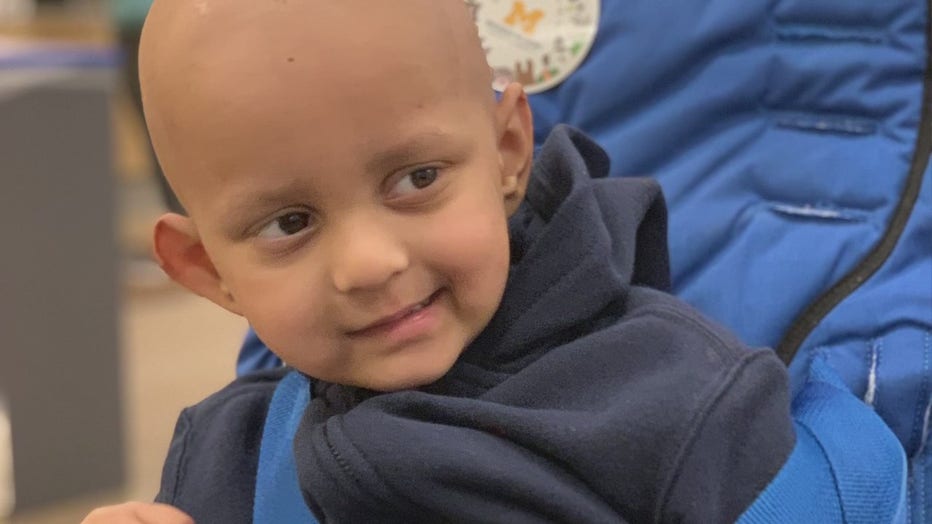 On Sunday, Oct. 4 the Patels are taking part in Head for the Cure Detroit to raise research money for the brain cancer community. You can find more information on that here. In this year's virtual event, Shaan's Strong is their team name.

The family also has a GoFundMe for medical expenses if you'd wish to donate.